end of the road (for now)

Here I am, SouthBound on I-25 with Denver on the horizon. Solid five weeks on the road wrapped. I love this life. Always in transition, always something to look forward to, always a new zone, new friends and new climbing just around the bend. Every morning I wake up and feel grateful, motivated, stoked. The last several weeks have been especially exciting, as we trucked across the Pacific North West and back down to Idaho and Wyoming. I'll let the pictures do the talking: 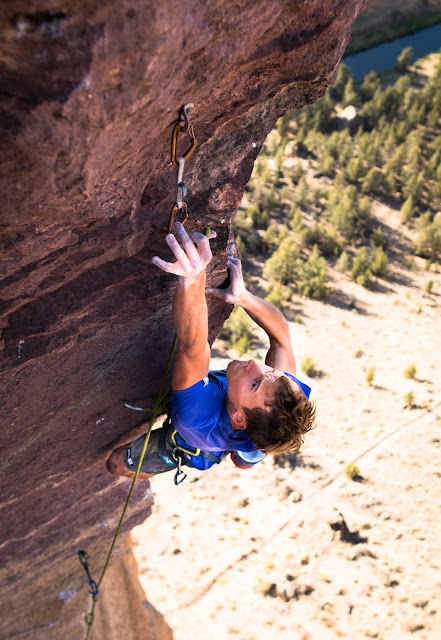 Smith Rocks. I made it up this incredible arete in some horrendous heat. Loved every terrifying moment of it.. 'Spank the Monkey' 13d R. So damn good. 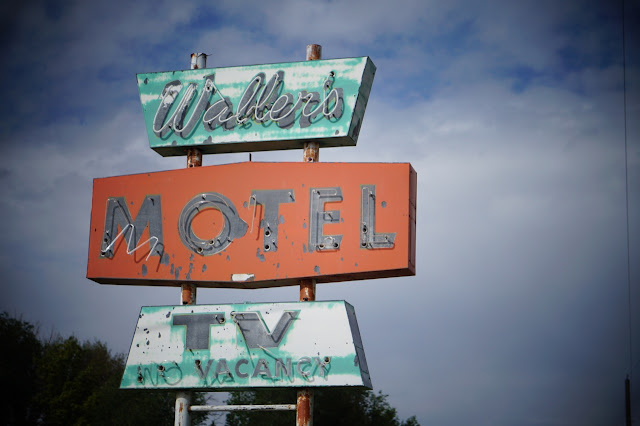 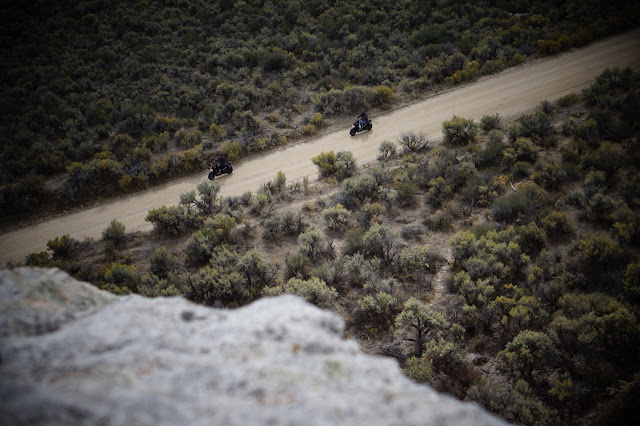 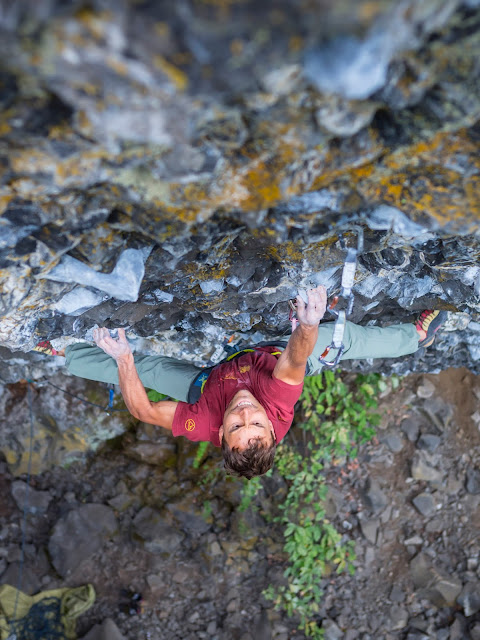 Homeboy Boone Speed gave us an incredible Portland tour, drinking and food but also the local crags. 'FreakShow' 14a was definitely worth the visit. 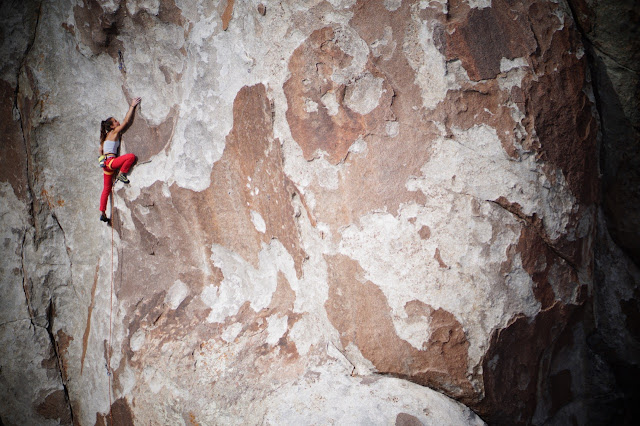 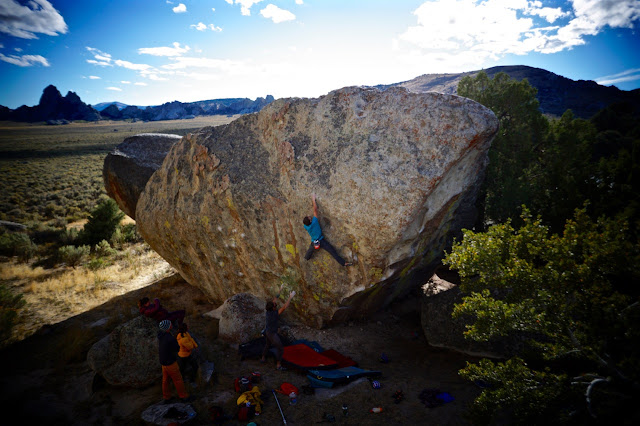 We trad climbed, sport climbed and bouldered every day in the City. Not many places in the world that you can do that and stay on top quality climbing. Here I'm pictured doing 'Tres Huecos' V12. 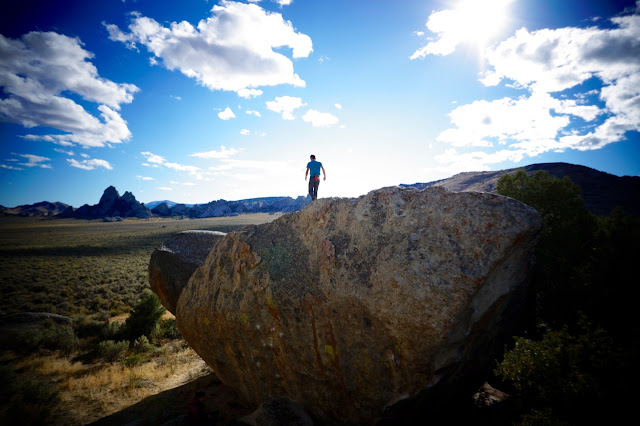 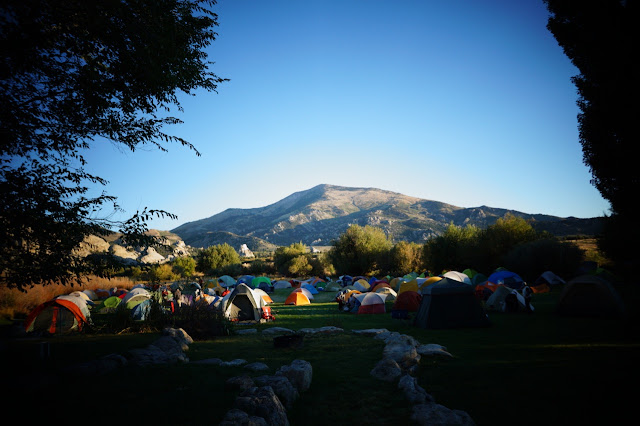 Idaho Mountain Fest. One of the best events in the country without a doubt... 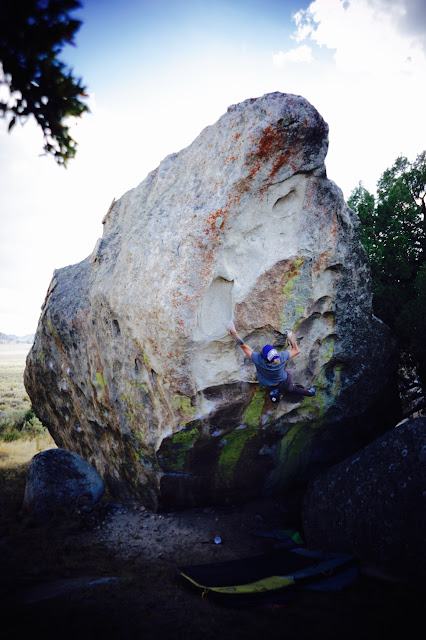 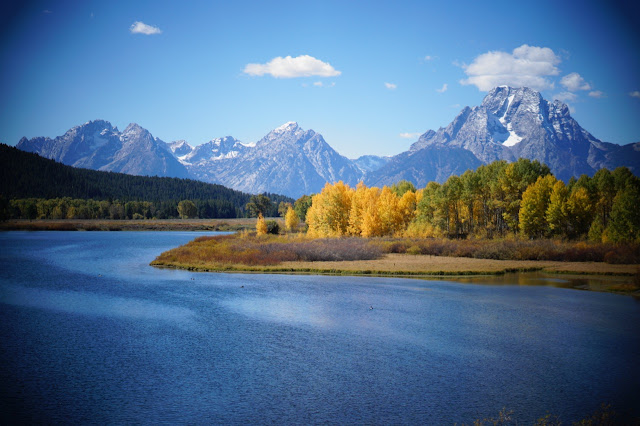 Yellowstone. Almost too much beauty to absorb in just a long day. I had already been twice but I was still left completely speechless. 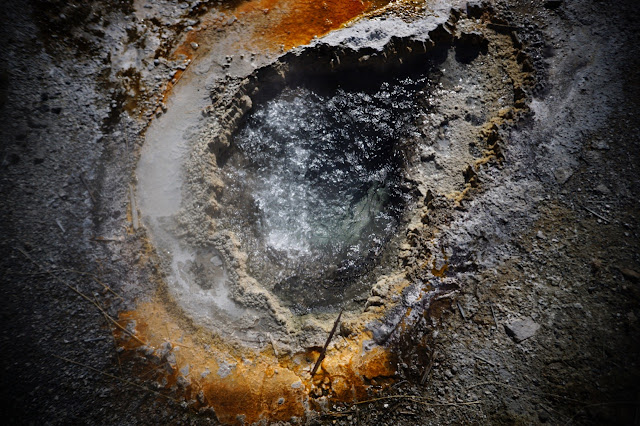 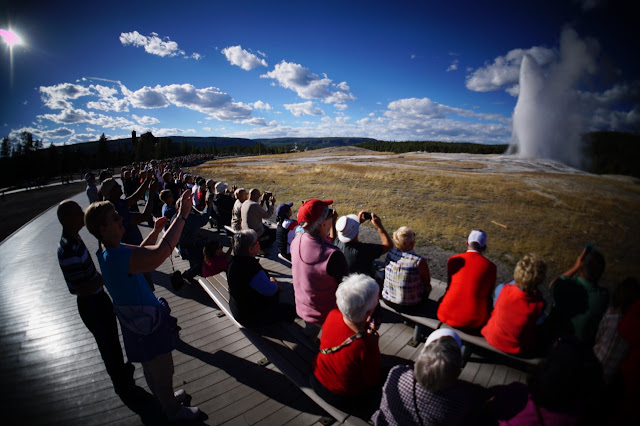 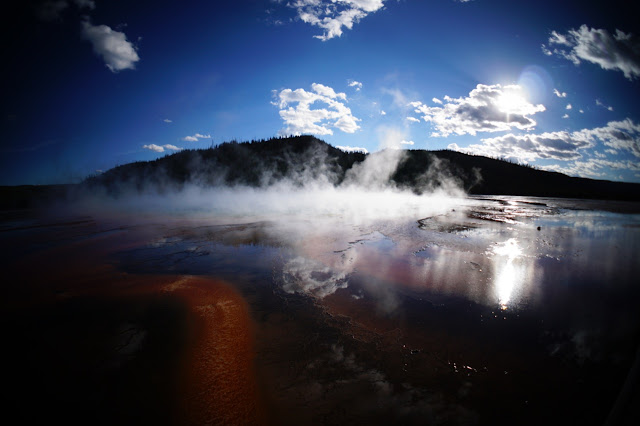 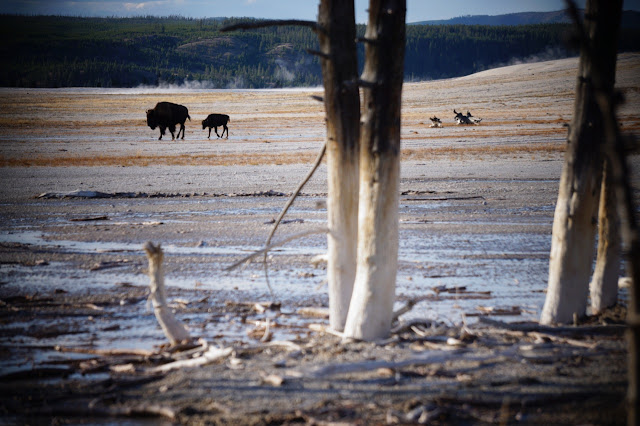 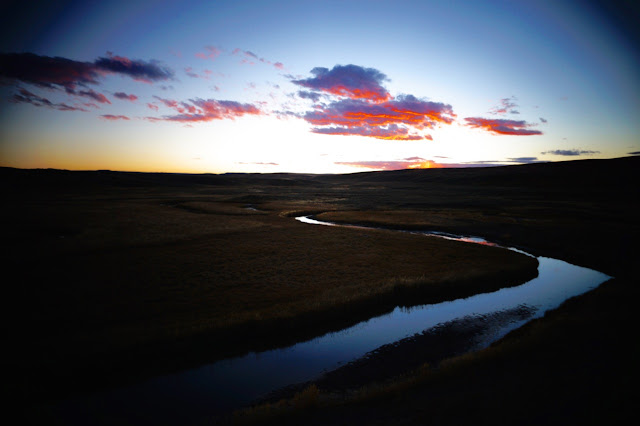 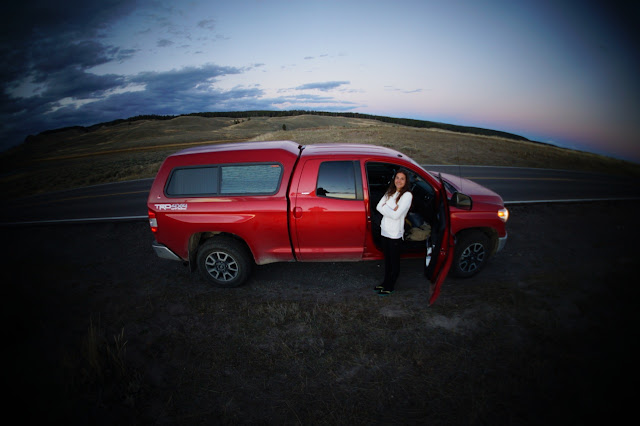 That's a wrap on an amazing road trip with this girl...
Now, it's time to shift gears and prepare for the fall and winter. Six weeks of training. Starting tomorrow... stoked. Ready for the pain.

In the meantime, I've got tons of events on the Horizon --->

Arcteryx is opening a Brand Store this weekend in Denver. This is going to be awesome.

I will be doing a live interview / Q and A  -- something a little different for me -- with my friends over at Neptune Mountaineering on October 1 at 8pm. Stoked.

Lastly (at least for the next few weeks) I am doing the ROCK Project event with the Access Fund in Denver the weekend of the 3rd. This is a super cool project and an event that I'm very excited to be a part of.

Catch me at one of these awesome event!

Every year for the last four years, around this time in the late summer, I've gathered my various things and bounced my way down the horrible access road to the Fins. As the towering bone-white ribbons of limestone escape my rear-view mirror, I imagine to myself, 'I wonder when I'll be back to this place?' On more than a couple occasions I've admitted defeat in the search for new routes at this cliff (for a limited time only). And now, four years later, I've returned and once again been blown away by what I find. I've struck out a few times now, no doubt. Bolting an impossible face - finding out the hard way. Overall, however, there's always been something. And furthermore, something pretty damn amazing. 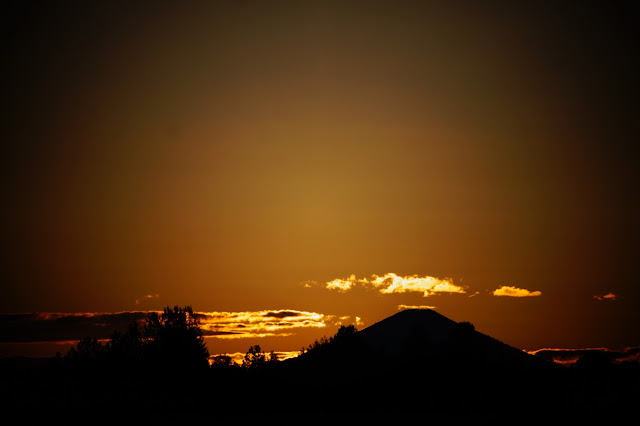 This year I struck out, twice. I also struck gold, twice. A crack that I had spied on the Yellowcake Wall last season when bolting my 40m route 'Antidote' 13d, panned out to be absolutely incredible. I envisioned the line together with my good buddy Ian Cavanaugh. It begins with a 6 bolt 5.10 and then fires up to the very top of the wall via a short bolted boulder problem and then a long, intimidating and immaculate crack system - on traditional gear. I climbed this stunner route a little over a week ago, in the company of many good friends, on a splitter day in Eastern Idaho. This 13d or potentially 14a rig is the third of it's kind at the Fins - along with my routes 'Enter the Dragon' 14a R and 'Year of the Ox' 13d R - all with a few bolts but primarily gear, on amazing limestone, and they are all over 35 meters long -- all three await a repeat. 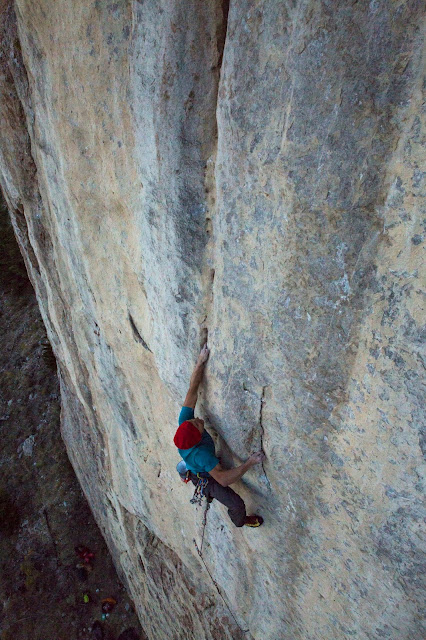 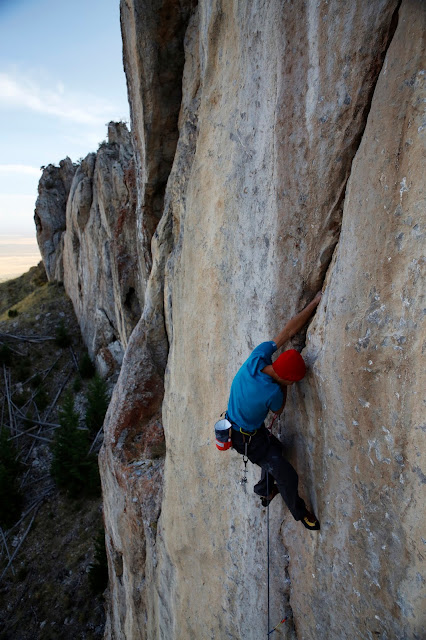 The other main objective for me there was to check out a potential extension to my 2013 route 'Better Living Through Chemisty' 14b/c, which unfortunately did not pan out. Too blank, just a little too reachy, a little too heinous. But the bolts are there! and it's fully open, as is the extension to my 2012 route 'Catalyst' 14b. Two mega projects.. waiting for someone strong and tall..

After striking out on the 'Better Living' extension I was repeating some classics to cheer myself up. I lowered from 'Son of Discovery' 13a and spotted a faint line of grips to the right. The next day I bolted the short line, sussing some beta but it still seemed impossible. On another day I found an alternative sequence and moved a couple bolts to the left. On the next day I did the moves. Each move in the crux sequence felt so hard - linking them would be at my limit for bouldering. Beta refinement, healthy encouragement from friends and a strong evening breeze made some links possible, and then by the following day I had linked the entire boulder problem. After two days rest I came back and did the route. Short and very savage, this route is so similar in style to Dave Graham's 'Psychedelic' 14d in Utah or BJ Tilden's 'Moonshine' 14d in Wyoming. Before this summer of bouldering I highly doubt it would be possible for me. A punchy 13b leads to a clip but no rest, directly into what I felt was a solid 4-move V13, and then directly into a strange and nerve-racking 5.13 exit. 'Mala Leche' is the name. It's a new style of route for me, and a unique way to climb on a rope. Five bolts... V-hard. I was relieved, and exhausted after sending. 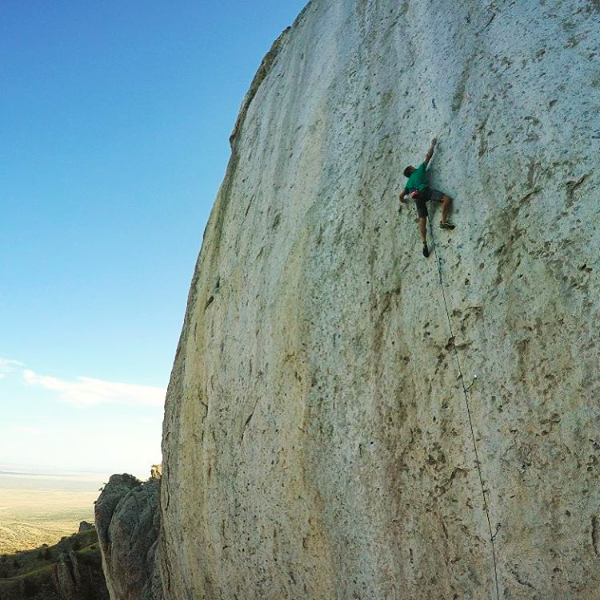 So the next day we climbed a few quick pitches, enjoyed a road-side hot springs and journeyed towards another perfectly vertical American destination.. Smith Rock.

This is one of my favorite crags in the world, manicured trails, composting toilets, jaw dropping sunsets, bold run-outs and fully engaging rock climbing. I was drawn back here to teach a clinic at this last weekend's American Alpine Club Craggin Classic, but the superb climbing and some tolerable weather has kept me stoked. 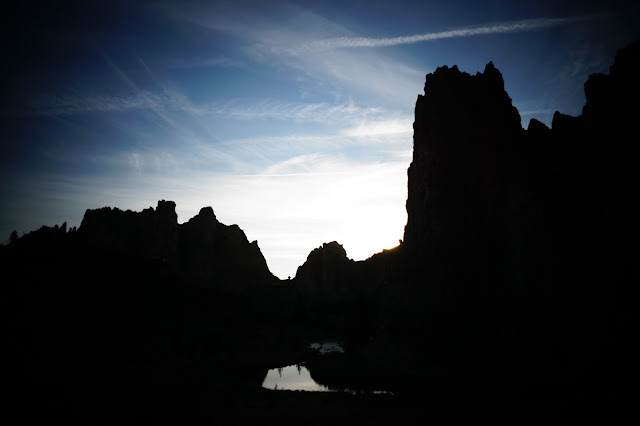 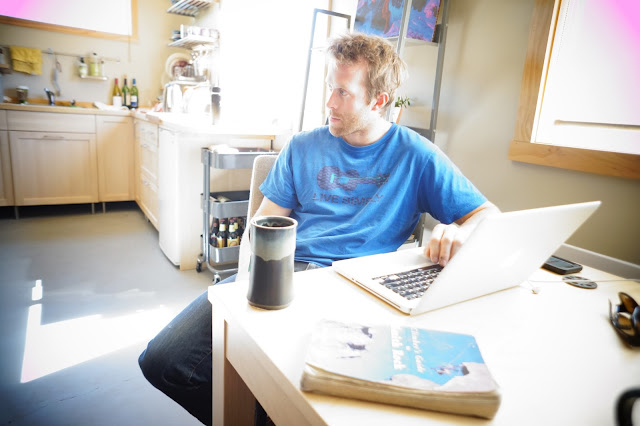 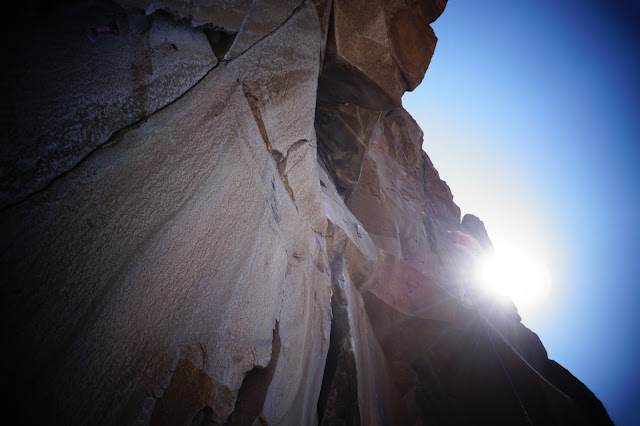 Even just revisiting the classics like 'Magic Light' and 'Fully Heinous' has been super fun but I also wanted to explore some new (er) terrain too. I spent a day and a half getting pretty kicked around in the Aggro Gully but I did manage to get away with a send / repeat on 'White Wedding' 14a? a route that has changed form over its many years but even got a little harder since I first did it in 2010. Around the corner I ventured over to Picnic Lunch Wall a few days ago. With the heat settling back in I was less than optimistic but I tied in at the base of Scott Milton's 'Big R' 14a and with some great beta from my good friend Greg Kerzhner I made my way to the top and clipped anchors. As much as I would love to claim a flash I did try part of this route once back in 2010. It's a great pitch. Technical and long, with pretty honest cruxes. The neighboring route is called 'Starvation Fruit' 14b and I'd always heard that it was pretty serious. In many ways it's not that serious in-fact. Much easier cruxes than most of the Aggro Gully but just a never-ending pump - I guess a little different style for Smith. I really liked it actually... like a well set gym route (it kind of is..). Now we have just today and tomorrow left before we take off again and venture towards Wyoming via Portland. There's one more pitch I would really like to tackle before we leave but I'm not sure that it is quite prime with 90 degree temps predicted... I'll pray for a breeze! 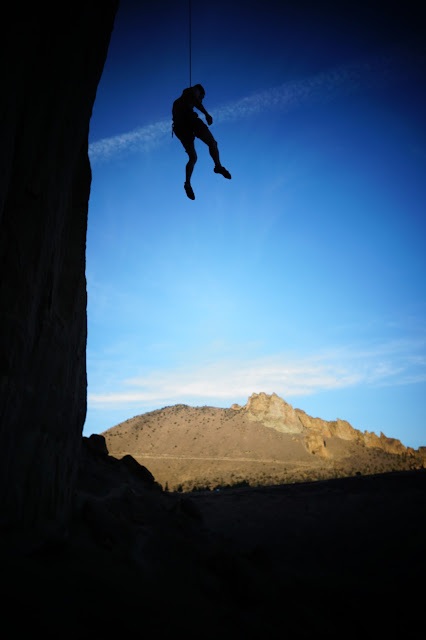 I did a review recently on a product that I'm super stoked on, especially looking ahead to 6 weeks of training for the fall. Powerfingers have been keeping my fingers healthy and I wrote a little bit about it in my review page. Have a look! 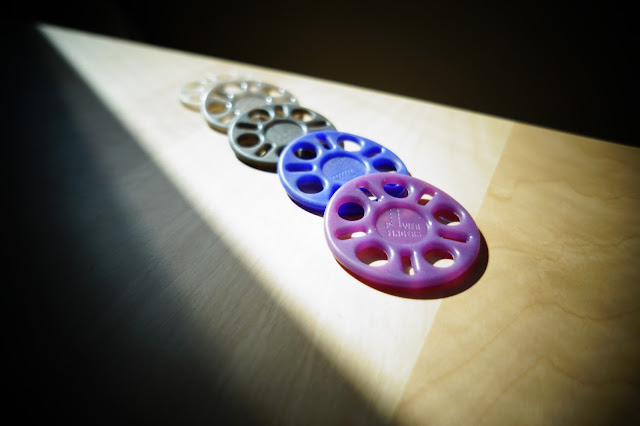