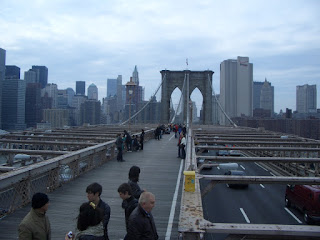 I've been to a number of the Earths grand scale cities, including London, Paris, Berlin, Rome, Delhi, Shanghai, Bangkok, Lima and others. However, I will say that New York City has got a whole different attitude and is a unique city by most all regards. I have never experienced this kind of population density in America and nowhere in America have I seen so much history crumbling below fresh buildings and excessive wealth alongside severe poverty. The whole visit I was reminded of hip-hop lyrics from my teenage years that tell the stories and define the experience of each borough, save Manhattan. 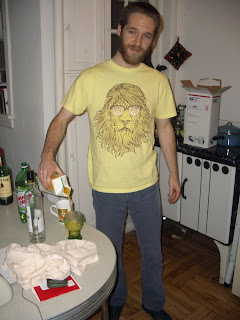 New York City embodie
s the 'melting pot' identity of America, and traveling between certain homogeneously populated areas brought about strong sensations of international travel. These kind of communities are no doubt a product of many factors including environmental racism, privilege and certain opportunity, however, one factor must be the ruthlessness and diversity of the Big Apple. I can't imagine making it in such a city, let alone making it, well.. alone. 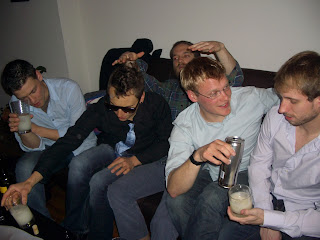 I was anything but alone this past trip though. I met up with four of my best friends from high school and we took a crack at the city. Our time together was characterized by old memories, relentlessly inside jokes, stupidly late nights and fold-out-couch (barely) sleeping. We had a ball. My buddies all eagerly showed me around the city day and night. This was anything but a climbing trip, and the five days of rest was perhaps the most I've had in over a year. But it was worth every hot crossed bun and Brooklyn baked good.
It seems that spring has finally showed up here in Boulder and I am excited to get after it now that I feel rested (at least mentally). School is turning up a notch to say the least, but I've got only three weeks left, forever. Hopefully my hangover will be gone by this next weekend and I can get back to doing what I do best, rock climbing some hard rock climbs.
Big thanks to Ian, Ethan and Andy for putting me up and Matt for taking a break from the Navy for some debauchery. If I could only remember the weekend I'm sure it would be unforgettable..
at April 14, 2009