A whirlwind of a week. I'm kinda surprised I'm still standing, let alone going hard on the next big objective. In under a weeks time I found myself in Tensleep, Jackson Hole, Vancouver, Squamish, Lander, Estes Park and Boulder. Nuts... but also super productive, and of course, good times.
I left off last post just as I arrived in Canada. I went up to the Squamish Mountain Festival on behalf of my main sponsor Arc'Teryx to check out the scene and present a really cool film that I made this spring in the Verdon with Keith Ladzinski, Andy Mann and Nina Caprez. To my surprise, the weather was actually splitter in B.C., and for basically the first time I was stoked to get out and climb around Squamish. If anything, it was a little hot. After an always pleasing breakfast at the token Zephyr Cafe, I hooked up with fellow team mate Jason Kruk and went out to the massive Cacodemon Boulder beneath the Chief. We played on this really cool, beautiful, reachy and super bouldery 13d called 'Permanent Waves' and despite some creeping heat I managed to get it done. I checked out a savage 14b on the other side as well, but was 'bouted by the jungle conditions... and it's hard. I finally had a good look at Sharma's amazing 'Dreamcatcher' 14d and I got pretty stoked. Clearly July was not the best time, but I'm thinking of trying to make it out there for a few weeks one of these Septembers and have a go-- I'm sure it would be super hard for me (complete anti-style), but it truly is a stunning line.

That afternoon Keith, Brian Goldstone and I split up to Whistler and I got a look at one of the most bad ass freeride/gravity mountain biking scenes in the world-- something I obsessed over before I started climbing. I convinced myself that I'd spend my savings on yet another bike (would be number 5) when I got home but thankfully that urge has *mostly subsided. That evening I ran a lap up to the top of the Chief and watched the sun set behind the neighboring ridge-line..... Okay. Squamish is pretty damn sweet.

The following day I checked out a rad pitch called 'Presto' 13a and plugged some gear on a few brilliant moderates at the Nightmare Crag. That night Keith and I presented the Verdon Film, 'Viva La Vie', which went over really well. It's looking like a polished version of this film will be going on tour in one manor or another-- so keep your eyes peeled for a potential show near you! 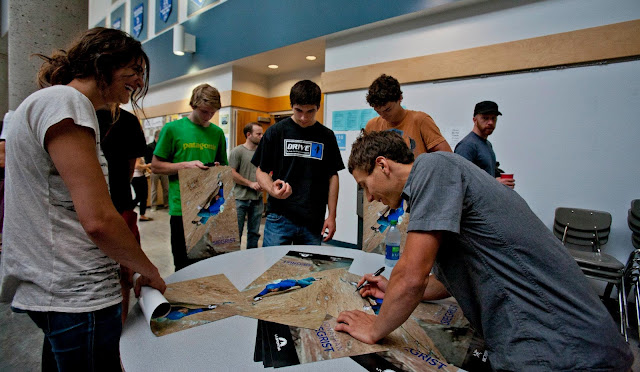 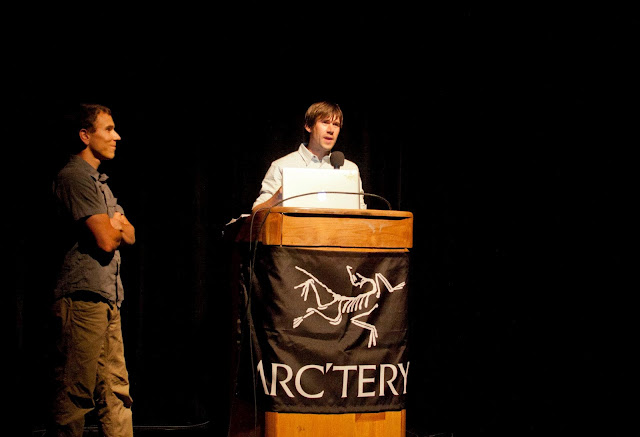 The following day I flew back to Jackson, Wyoming, and busted ass straight to the International Climbers Fest in Lander. This has always perhaps my single favorite event, and Lander has always been one of my favorite hangs- thankfully La Sportiva keeps sending me back to this killer festival. I drove straight to the Lander Bar and was greeted by a crew of good people. I shot the shit for a few hours before heading up to Wild Iris to catch some sleep before my clinic on Sunday. The clinic went super well, and I had a great time hanging out with my group and climbing all day. I even got a few pitches in myself - checking out the gnarly 'Genetic Drifter' 14c link-up that B.J. recently put down. I made some promising links, but decided to carry on with my plan to head back to Colorado that evening... a nutty amount of travel. I slept forever that night. Wasted from the week.

Well, my psych overflowing, and despite being kinda wrecked I started right into my main objective for the coming weeks. This is a route that I've been dreaming about, and hoping to try ever since I did Tommy's 'Sarchasm' 14a on the Ships Prow 5 years ago. In 2001, during a time in which 23 year old Tommy Caldwell was very much en fuego (doing Necessary Evil, Sarchasm, Grand Ole Opry, Vogue, Just Do It, Lurking Fear, the Muir Wall and Kryptonite all within the last 3 years... ) he made a remarkably quick and super proud ascent of an old Eric Doub project on the Diamond called 'The Honeymoon is Over'. My interest in repeating this beast of a route has laid somewhat dormant over the years as it seems to stay wet and unpredictable late into the season, plus I've been mostly stoked on sport climbing. However, this being an exceptionally dry year, and me starting to look ahead into my climbing, seemed like a perfect time to give it a shot. 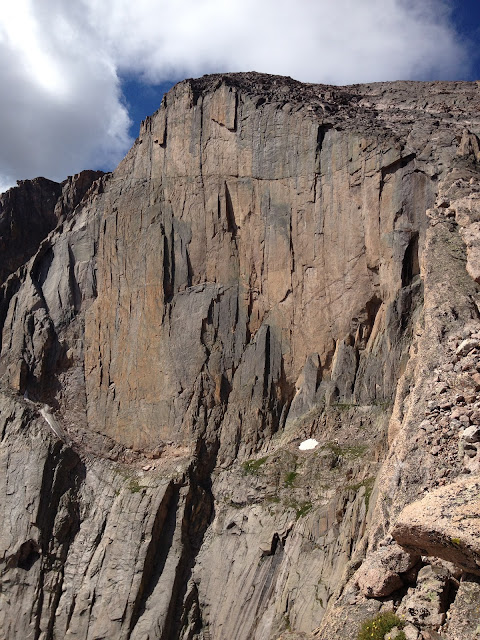 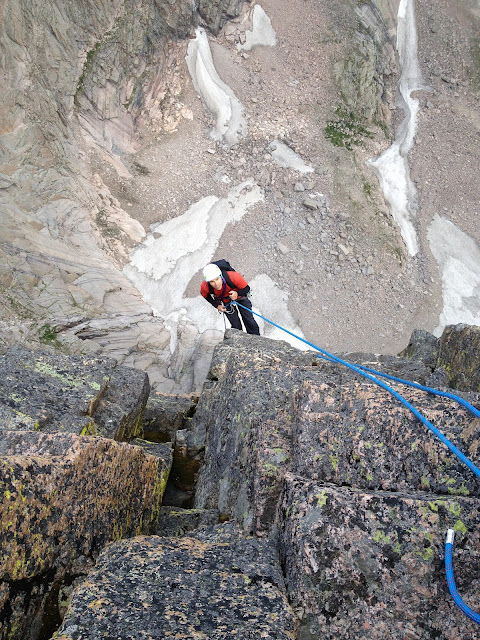 I've been up on the route now, sussing beta, cleaning and also in large part trying my best to get acclimated. The climbing is thin and hard, and would certainly retain a great level of difficulty at sea level, but it's the altitude and exposure that really makes it extreme. Several (at least 3) 5.13 pitches well above 13,000 feet make the long and intimidating crux section of this thing. I have a strong feeling that this is going to be a serious challenge, and I'm completely stoked on it. Despite Tommy expressing that this was the hardest he'd ever tried, I'm still shocked by how seemingly easy and fast he put down this line. It's the real freaking deal. Going back up there tomorrow... wish me luck!