Staying busy out here in Idaho. The temperatures are beginning to cool off, and my focus is narrowing in. Sometimes it can be a bit overwhelming when you're face-to-face with so much potential, and as many developers know- bolting can become downright addictive. There have been times in my life where I could imagine being entirely content just bolting, cleaning and chalking up routes... without ever climbing them. It's crazy! it's like a laborious spell cast upon me that eventually bursts when my legs are numb, my knuckles bare and I've had enough of rock dust caked to my arms and face. Oh yeah! Rock climbing!

I didn't get much into the details about the Fins in my last post, so I'll try to sum it up. The Fins are just that, fins - of limestone - that jet out of a rolling hillside overlooking the vast high-desert terrain of Eastern Idaho and the sight of Idaho National Labs (home to the first working Nuclear reactor). Hundreds of formations exist in the area, resulting in a very cool landscape of spires and walls. Most of the walls are small, or broken up, or not climbable, but a few of them are exemplary for climbing. In the main zone, there are essentially 6 separate walls. Since the area first saw bolts, in the mid-late 90s, locals from Sun Valley, Idaho Falls and other surrounding areas have made the drive and established a few dozen routes (maybe 45 total?), primarily in the 5.11 to hard 5.12 range, with a half dozen or so 13a's and b's. Much wall space remained, frequently cursed by absolute perfection (entirely impossible to climb), but, as I've found out-- many portions of cliff are just barely featured enough to yield amazing, very hard face climbing.

The Discovery Wall / Mothership Sector is where I've been spending most of my time and energy. This wall is one of the biggest uninterrupted pieces of limestone I've seen in the states, and quite a bit of empty wall remains. Many of the existing routes end about half way, as the wall tends to blank out above here. Thankfully, after rapping in many times I've found a number of lines to the top, that take advantage of this enormous cliff. The first thing I spotted was an extension to an open project. I added half dozen well spaced bolts and anchors, moved a few bolts below and started cleaning. The movement on the hard routes here is super cryptic, sequential and surprisingly powerful for such an angle. This rig, previously dubbed the 'Route of Discovery' project is now ready to go. After a number of work sessions (it took me at least 5 or 6 hour long efforts just to suss all of the moves), I've gotten it down a couple hangs and am making quick progress. It's incredible, huge, and unquestionably will be Idaho's hardest pitch. I can barely lower with my 80 meter rope! 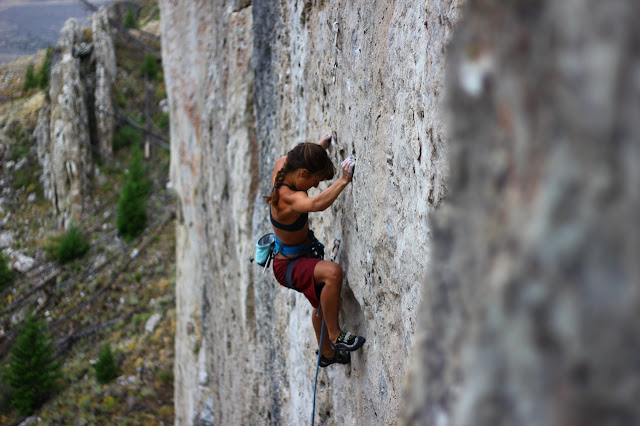 I also rebolted, extended and cleaned another open project next door named 'Beginners Mind'. It now also climbs to the top of the wall, but I decided to add an anchor at about 90 feet due to difficulty. I think the bottom 3/4 will clock in at 14b or c, and the top is even harder - but I'm confident it goes - a little too reachy for me unfortunately, but the full version will certainly be NAILS.


I bolted an extension from a shared anchor that clips the top of the cliff as well. It's amazing! Nice and thrilling, brilliant movement and super clean rock. I climbed it from one of the cliffs best 12a's 'Shaken not Stirred' and named it 'Make it a Double' at 12d (maybe 13a?) and it can also be climbed from 'Dinner Roll' 12c, this time named 'Shortcake' at 13a or b. A must do route!!

I've explored a number of other options on this wall also. Yesterday I started equipping what will be an incredible line to 3/4 height of the wall - the finishing boulder problem reminded me of the powerful crimp sequence on 'Lightning' in Yangshou. It's sick.

Lastly, I've cleaned and installed anchors on a truly, one of a kind route on the Solstice Wall. It's a limestone crack system, that runs for close to 100 feet up twin tips-size lightning bolt cracks. It's like nothing I've ever seen and it climbs incredibly well. Aside from a short face climbing section at the bottom, the entire route goes on gear. The crack is shockingly clean and needed very little attention. I've mini-trax on it a few times now to suss gear and work out the moves. Originally I thought it could end up being mid 5.13 but with a series of definite cruxes and the way it overhangs throughout, I'm thinking it could feel a bunch harder on link. 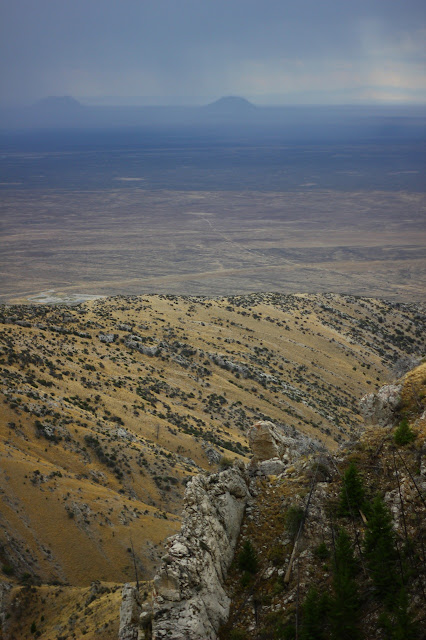 Damn. So much to do. So much to do that I ended up chopping my static line in half in order to work on two new routes at once. Okay, enough spray. Wish me luck on all these new projects! 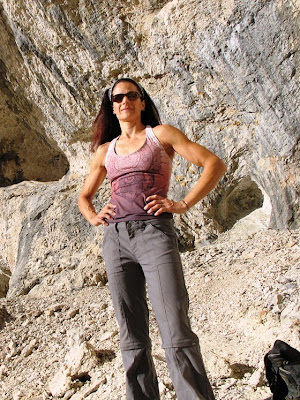 WAIT! You must check out this interview I just did with bad ass Alli Rainey! It's one of my favorites.
at August 31, 2012