OR to the Alpine

Everywhere I turn, everyone I chat with, I see and hear opportunity for climbing. Repeats, new routes, alpine, sport climbing... hell, even bouldering! It's times like these that I really try and squeeze the most out of my motivation. Climbing, planning, getting after it. It can definitely crush me - like today - but regardless, sometimes I manage to get by with a handful of routes in the bag and motivation to spare. I generally stay pretty damn stoked (maybe not quite Joey stoked), but when your motivation and your climbing seem to be lining up, I feel like it's important to make the most of it.

We had been poking around in the Crazy Woman zone - about 20 miles above the Mondo parking for Ten Sleep. This amazing area is host to a handful of crags, all situated in a downright amazing landscape, at elevations high enough that nights require puffy jackets and climbing in pants is not only entirely possible, but favorable. I was mostly keen to check out Mike Williams, 'Gold Digger' 14a on the Crazy Woman crag, one of many routes he bolted and established last summer. This route turned out to be super rad. Mike is a purist, and much like his other FA's this one was pretty raw - very little cleaning, maybe a few crumbly feet, very little filing if any, a bit dirty in spots perhaps... but it gives you the impression that you're maybe doing an FA yourself. Kinda sticks with the wild west / middle of nowhere theme - I dig it, thanks for your hard work man! To the right of Gold Digger is a really cool, mysterious 13+ called 'Crazy Woman Left', that was a super difficult onsight for me... wicked thin edges, essentially no chalk, and some engaging run outs... it was also thundering nearby and beginning to rain, just to top things off. I finished the day with 'Crazy Woman Right', a supposed 13a from 1988 that has serious ground fall potential, and two super hard cruxes - each likely hard 13a on their own. It's hard! Such a cool zone though, I will certainly be back. 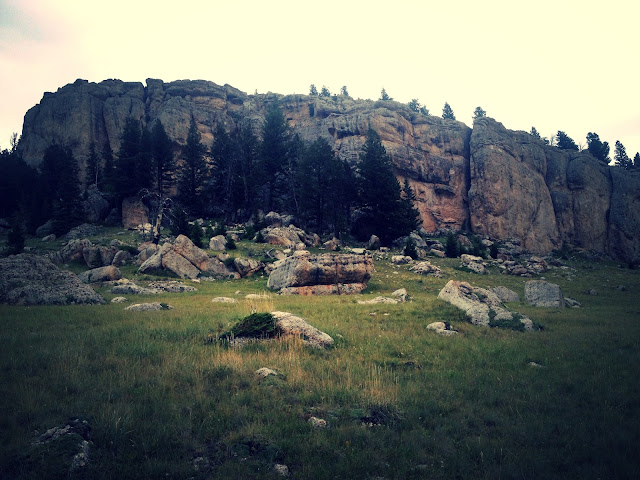 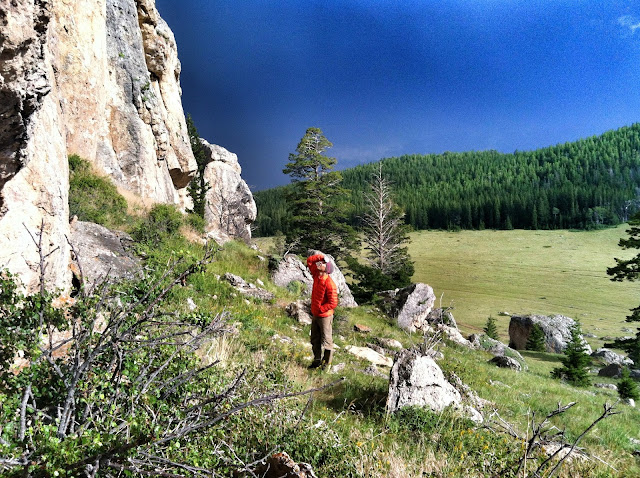 On the way out of Wyoming we had one more day at one of my favorites, the Wild Iris. I did a really cool boulder problem route called 'National Finals Rodeo' .13+, with a few hard pocket moves and a crux shoulder move, and after doing B.J.s new Rodeo Wave link up, 'Atomic Logic' 13d, the highlight of the day no doubt was a new route on the Erratic that I threw some bolts in and climbed. It's called 'County Ten Gunslinger' and it's not to be missed! 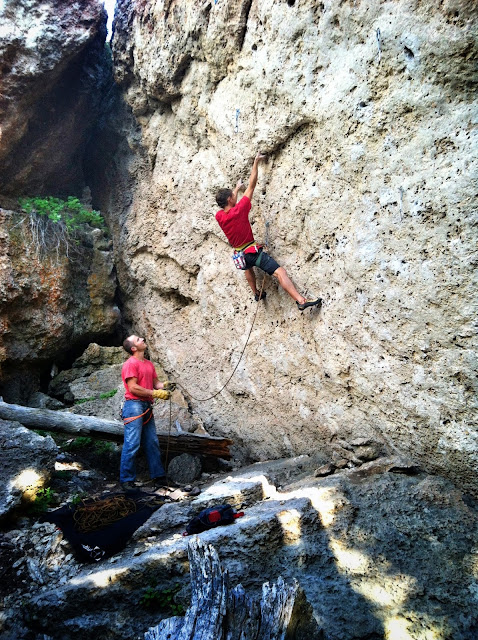 Then... to Salt Lake. Summer Outdoor Retailer for a quick whirlwind stop over. So many good people, old friends, new friends. The scene is mega. At times hard to handle. Recently I've felt like the show is largely me or others having to prematurely interrupt conversations because you're late for this or need to go here, etc. I seriously left the show feeling like I had not been a good enough friend to all of these rad people I sincerely wanted to catch up with. So, if I had to cut you off or breeze by you I'm really sorry! You rock and I love my friends and this community and everyone out there so much. It's hard to pack all your meetings and friends into just a few hours. I'll make it up to you people!

The good news is that all of my brands have sick new products on the way out. The highlights are certainly Metolius' new TRIPLE ZERO TCU!!! YES. That is correct... a wicked tiny tcu that's still 5Kn. So stoked. Sportiva has too many rad things on the way, including a full line of sick casual wear, new running shoes and a proven, popular steep climbing shoe in a women's model (hint: it's the ____ to your problems). Arc'Teryx has got a line of Down that I've been playing with, that is exceptionally cool. Well, actually it's super warm, and ridiculously packable, and rad.

The other thing that happened at OR was the Psicobloc comp, which, if you've so much as smelled the internet recently then I'm sure you're over saturated with it's praise, photos and blah blah. But, seriously people, it was amazing, and as much as I don't care for comps, I will definitely try and do this one if it's going on next year.

Now I'm back in colorful Colorado. Feels great to be back, enjoying the family and loving the cool nights in the mountains. Tommy and I linked up and checked out an incredible project on the Diamond yesterday... we're pretty damn motivated... I'll never get tired of the Colorado alpine.
at August 06, 2013