Switzerland has delivered in a serious way. Somehow, even after a dozen (?) trips to Europe over my lifetime I had missed out on this incredible country. Stunning, diverse landscapes are of course what will steal your heart around here. Don't forget hospitable people and a lofty quality of life. I very much enjoyed my time wrapping up in the country-side, sleeping in a barn (for reals) and waking up to cow bells, but it wasn't until I spent a few evenings in the spotless streets of Zurich, Switzerland's largest city, that it really all came together for me. Less than a sixth the size of Colorado, but there's a lot to be had in the Swiss Confederation.

Before I get into the last few days here I will first revisit the end of my time at Voralpse. I think I've made it clear at this point, but just to be sure, this is one of my favorite little crags anywhere in the world. What's there is very limited - about 15 routes - but if you're into face climbing this venue is one of the best around, no doubt - and the setting is worthy in and of itself. Speed was my main objective for sure, but I was definitely stoked to stick around and finish off the cliff. Every route was good, most were incredible. Next day on I did 'Bandits' 13c and 'Amazonas' 13d, both continuous with a burly crux up high, and both quite hard for the grade - this is by no means an 'easy' crag. The following day I had a great run of first try climbing with a flash on 'Mordillo Extension' 13d and a flash on 'Euphorie' 14a ending with an onsight on 'Grenzganger' 13b. Absolutely brilliant climbing. One more day to shoot some video clips and photos before me and Bear Cam took to the road and linked up with Swiss legend Matthias Trottmann in his home town of Zurich.

www.semmphotography.com  my flash on Mordillo Extension.


Matthias is well known for his proud contributions in the Euro multi-pitch game but also sport and traditional climbing in general. He knows the mountains and climbing in this country as well as you could really. I ran into him and his lovely wife Karoline at Voralpse and when I asked about where my next mission should be, Matthias was clearly well versed in the area. Later on I connected the dots and realized who he was and how sick it would be to link up with him. 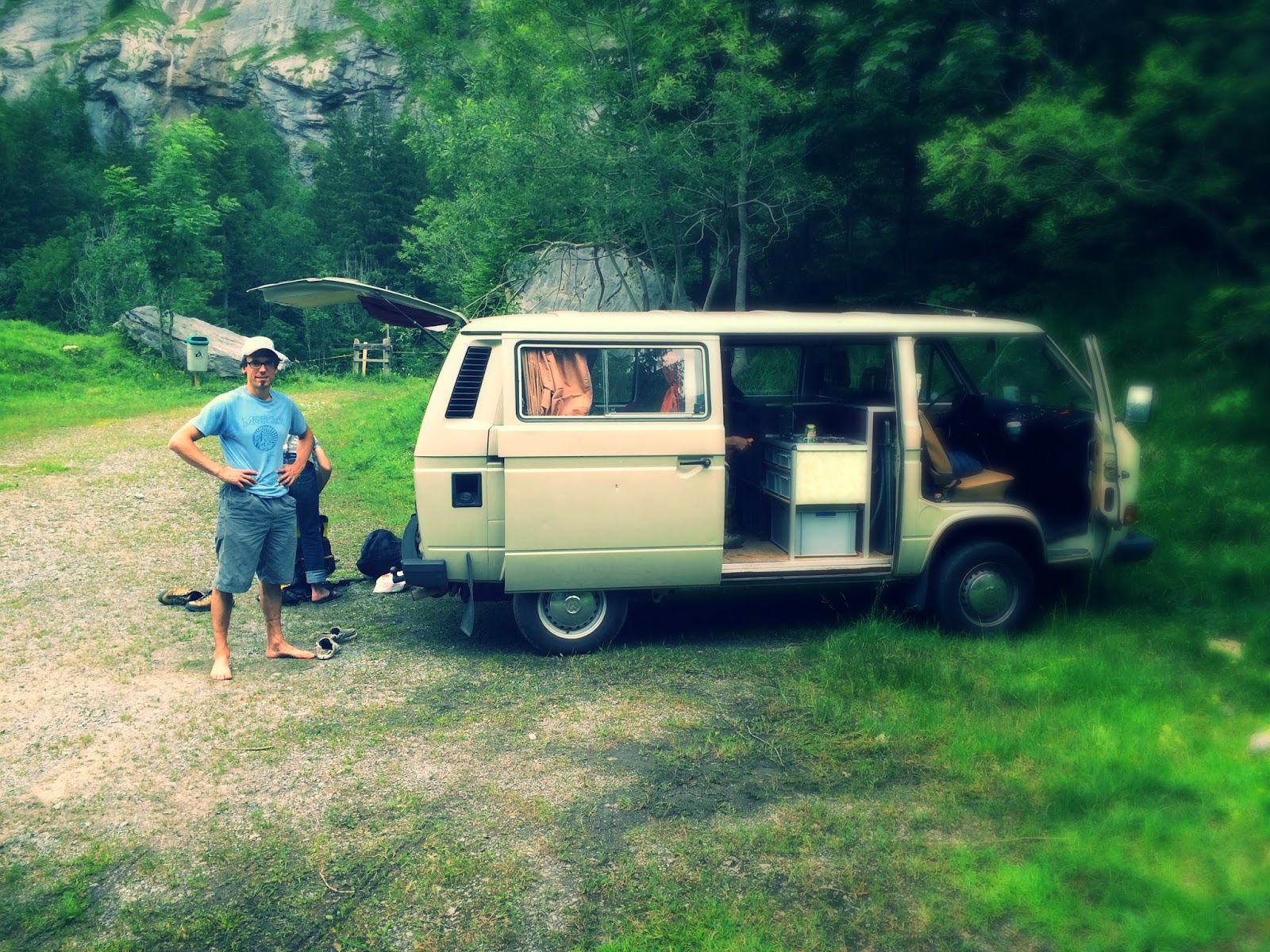 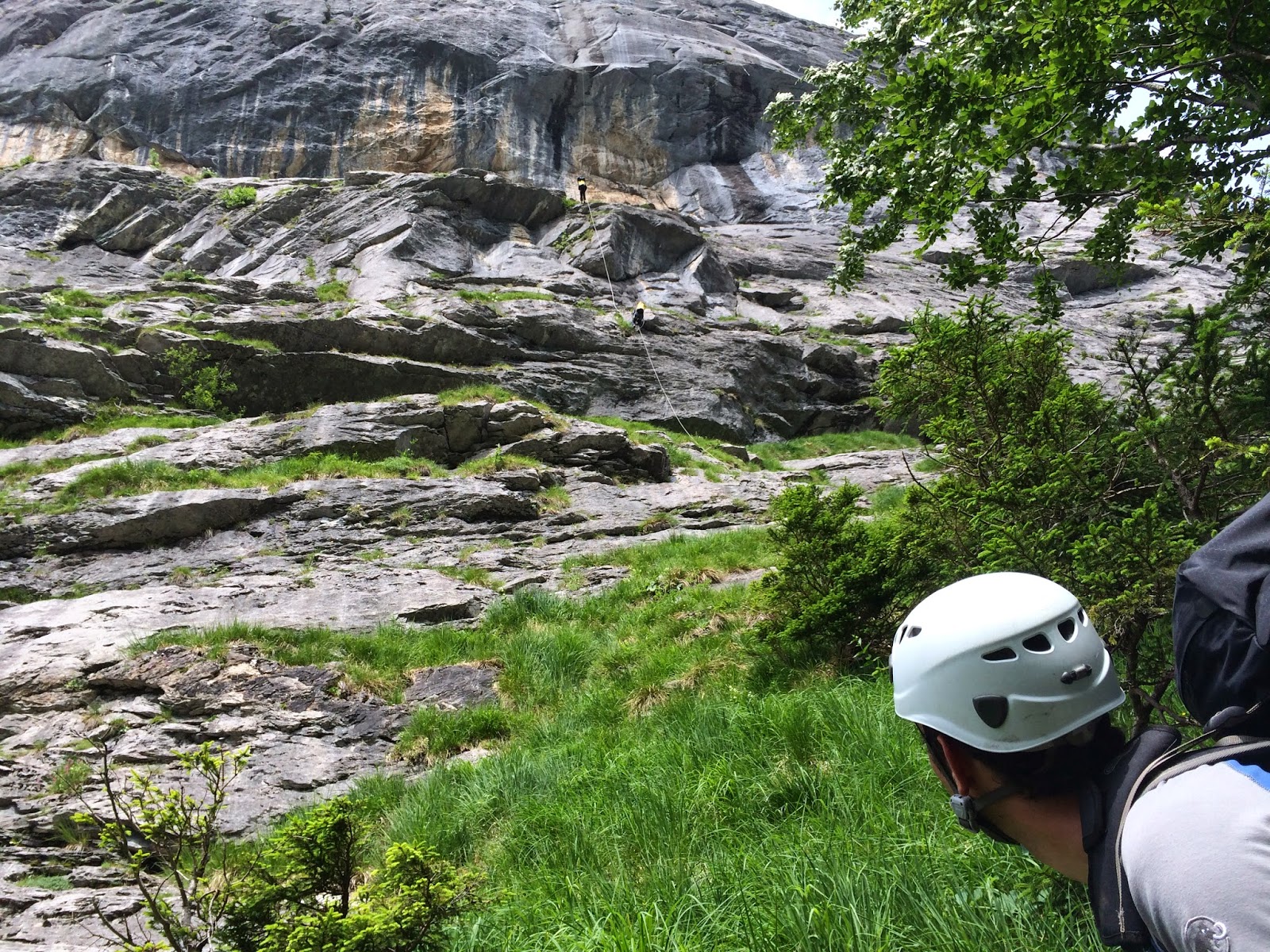 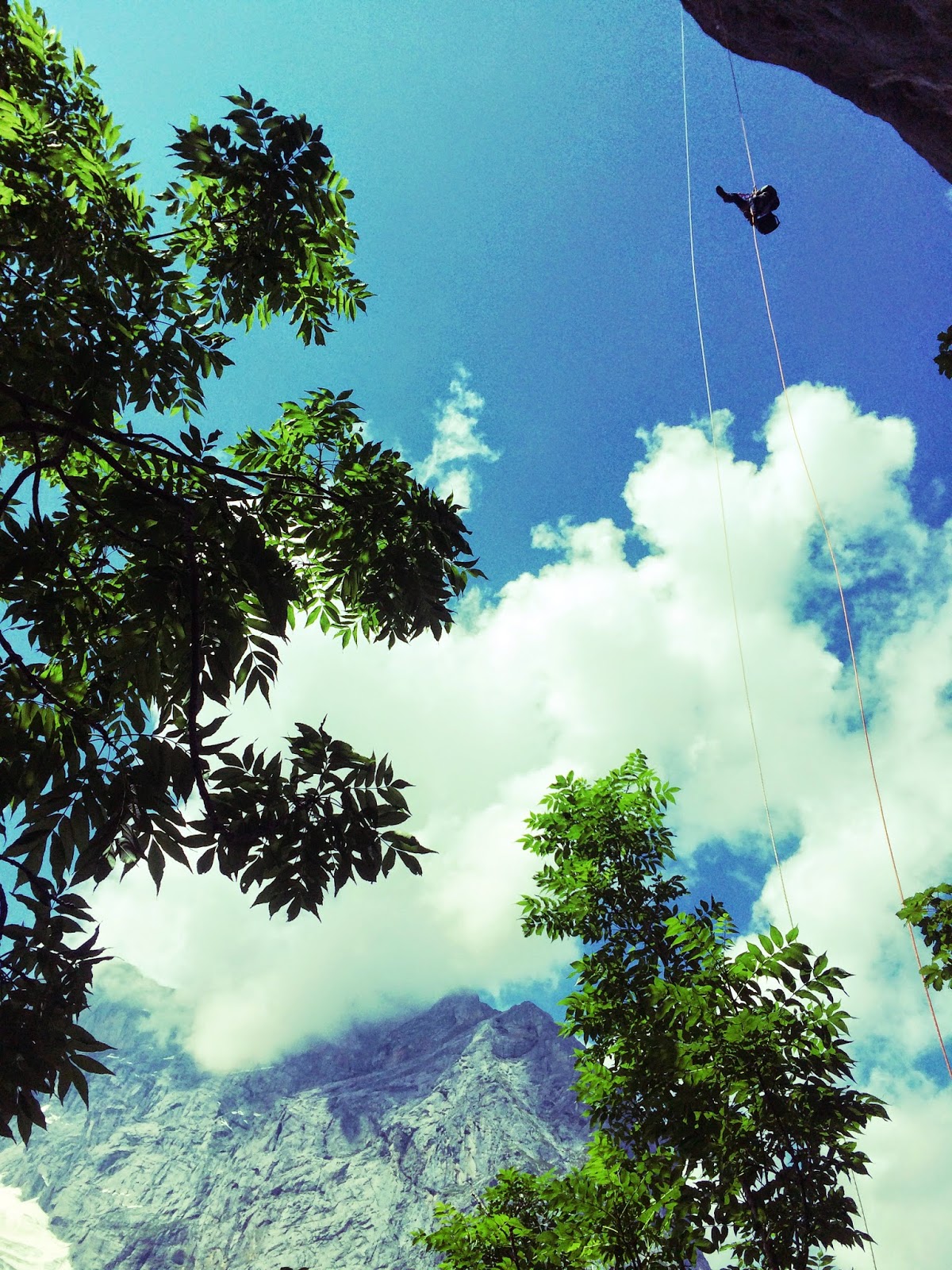 So a few short days later Cam and I were jugging lines on the burly approach to Matthias' incredible crag, the Bauch in Engelburg. This is essentially an alpine sport climbing zone - well above the valley below - with access to a handful of huge sport pitches from a ledge system that is accessible with some via ferrata and steep hiking to approach. As soon as you leave the ground you have immense exposure and when you are toping out the 40 meter routes you've well over 300 meters of air below your ass. We spent a beautiful summer night bivyed up there. Stars overhead, beers in hand, with a great day of climbing behind us and another one coming up in the morning. It was a really cool experience and I feel really fortunate that Matthias was kind enough to show us this baby of his. While there I made an onsight of 'Burn Baby Burn' 13+ and cleaned up the first repeats of the two (current) crag test-pieces, 'Quattro Stagioni' and 'Putain le System' both in the low 8c range, and both amazing! Amazing effort by Matthias up at the Bauch.

We returned to a warm evening in Zurich and made a picknick by the river after a little floating - it's strangely warm water. On such a nice night the streets were filled with people, bars were full and there was plenty of energy in the air. Zurich is a very charming place, and maybe it's partly just how secluded I've been over the last 2 months but this place really feels young and alive. I'm loving it here.

Yesterday was our third day on, and after two long days at the Bauch I was not expecting much, but Matthias was keen to show off an Interloken classic zone - Gimmelwald - and the weather planned to turn sour (it did) today. Something of a long drive, a cable car ride and a walk through picture perfect Swiss mountain village later... you arrive at this stunning crag, glacier scorned Jungfrau looming in the background. It is for sure one of the most incredible settings for any sport climbing venue in the world. Steep and short is the name of the game which is a big departure from what I've been up to recently, but it's hard not to be motivated at a crag this beautiful. 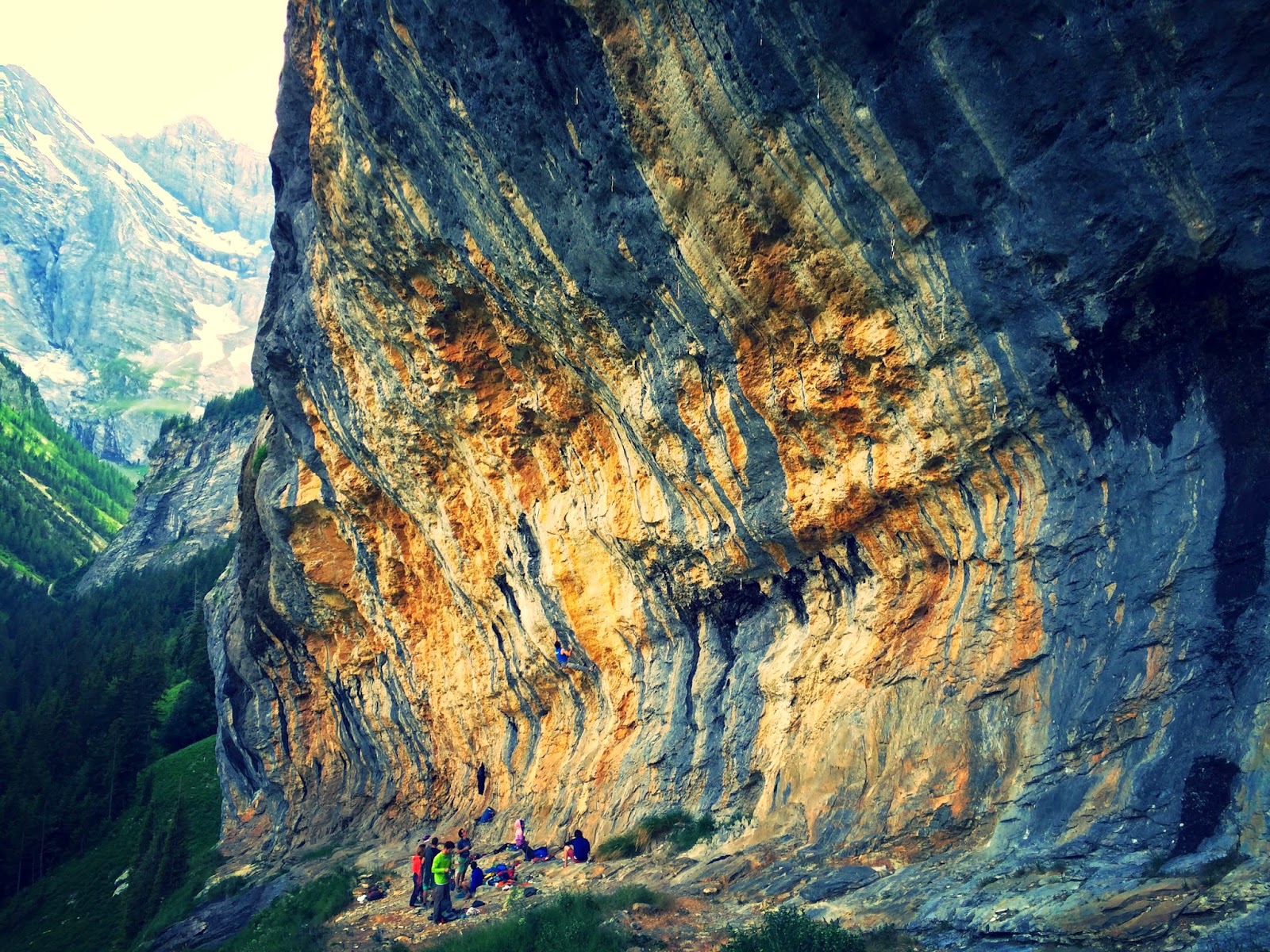 I warmed up with an onsight on the crag classic - and the easiest route there - 'Teufelsküche' 13a and then went on to have a look at the extension - a very tensiony roof section through a nice series of grips called 'Hexenküche' 13d/14a that I finished next go. From here I wandered to check out the crag classic 14a 'Trümmelbach', which delivers a rad little boulder problem opening and then wanders through pumpy steep terrain until a cruxy part near the anchor. A really nice route. I finished the day on 'Surfer's Paradise', a super worthy 13c that is no doubt world class for this style.

We ate pizza nearby and watched the stressful end to the Brazil v Chile match before making the 2 hour drive back to Zurich. A much appreciated rest day today and a wide smile on my face after another 3 kick ass days in Switzerland!