Five years ago when I first checked out Las Vegas I was astonished by how relatively quiet the scene was here. There was clearly a solid, motivated crew of locals, and even more clearly there was a wealth of incredible sport and traditional climbing nearby and a rapidly emerging bouldering contingent. Tom Moulin had just recently released the Southern Nevada Bouldering guide and it seemed like people were starting to see the light. That year I intended to stay in Las Vegas for 2 weeks but ended up here for nearly 3 months. I've been back every winter since. 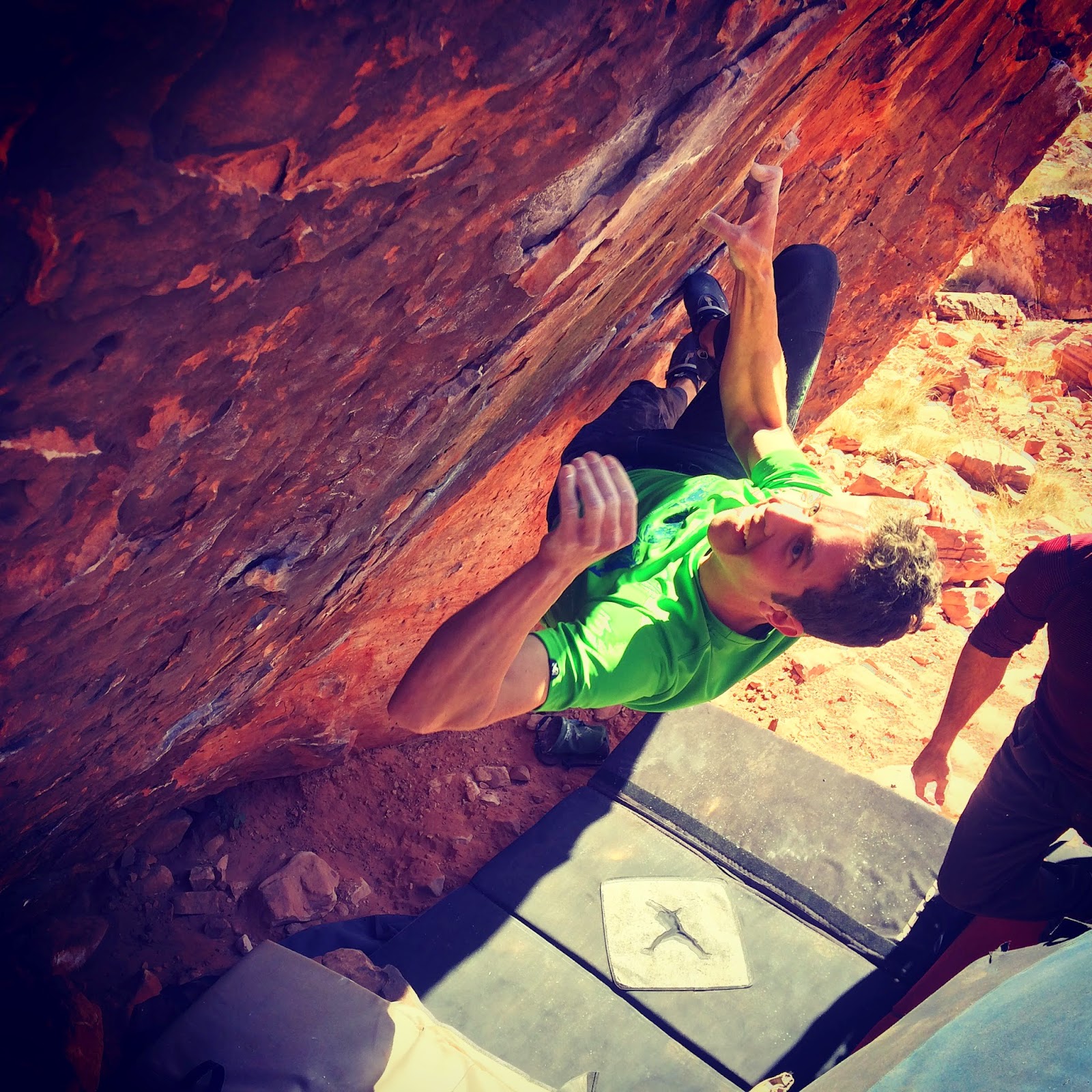 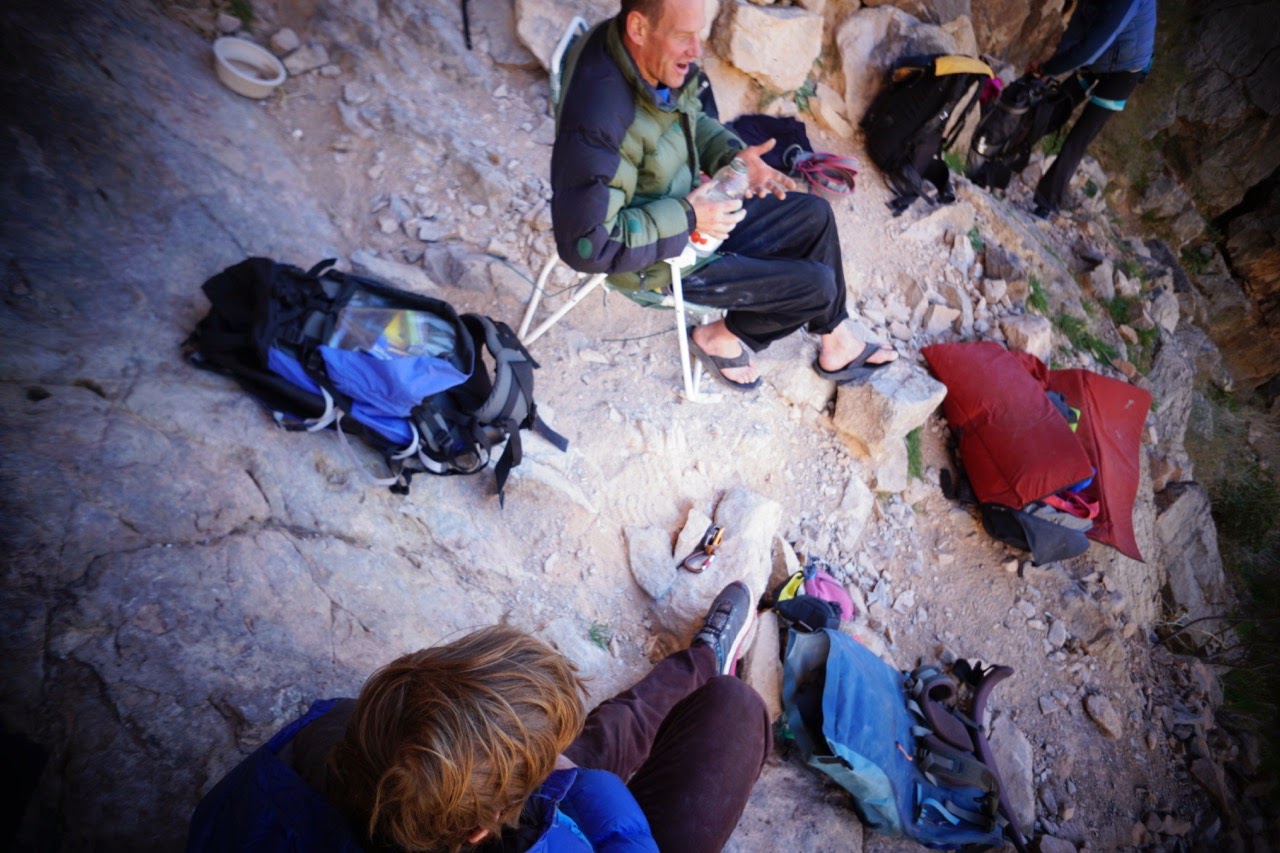 It's not as though I've been here for two decades and I'm not about to wax poetic about the 'old days' but I must say that I've observed a palpable change in the popularity of the climbing here. Foremost the bouldering scene and especially the Kraft Mountain area. While I will always have mixed feelings about the growth of climbing, especially in regards to the impacts it can have on our most treasured zones, I will say that I love seeing more and more stickered up vans and Subarus, pouring over with crash pads and gear, loitering in the Whole Foods parking lot -- It's fun to have people in town and to vicariously see people discover this rad place like I once did. It's basically unquestionable at this point that Vegas is a bonafide destination for the aspiring winter climber. I totally get it. While I may feel some degree of ownership over the area, I am, after all, an out-of-stater myself. 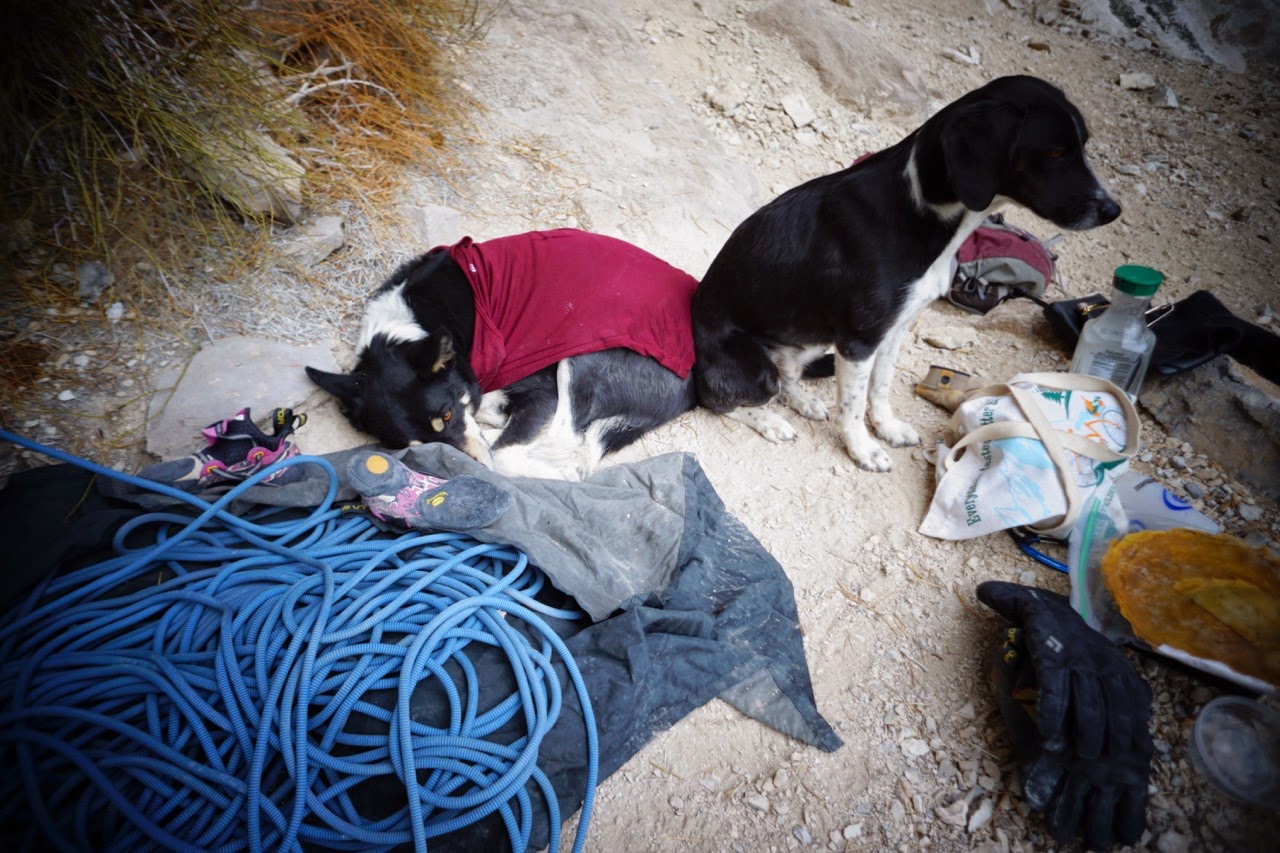 I generally like climbers. Better put, I generally love climbers. They are my people, my community and my peers. Everyone that I've met traveling through Vegas or the handful that relocate every year - they are seriously all really nice people. This is rad. Let's all keep kicking ass and taking care of our beloved zones and cleaning up other's trash and respecting our fellow climbers and encouraging our friends to try it, and spotting a random stranger and donating to the Access Fund and helping out where and when we can. Hooray for climbing! 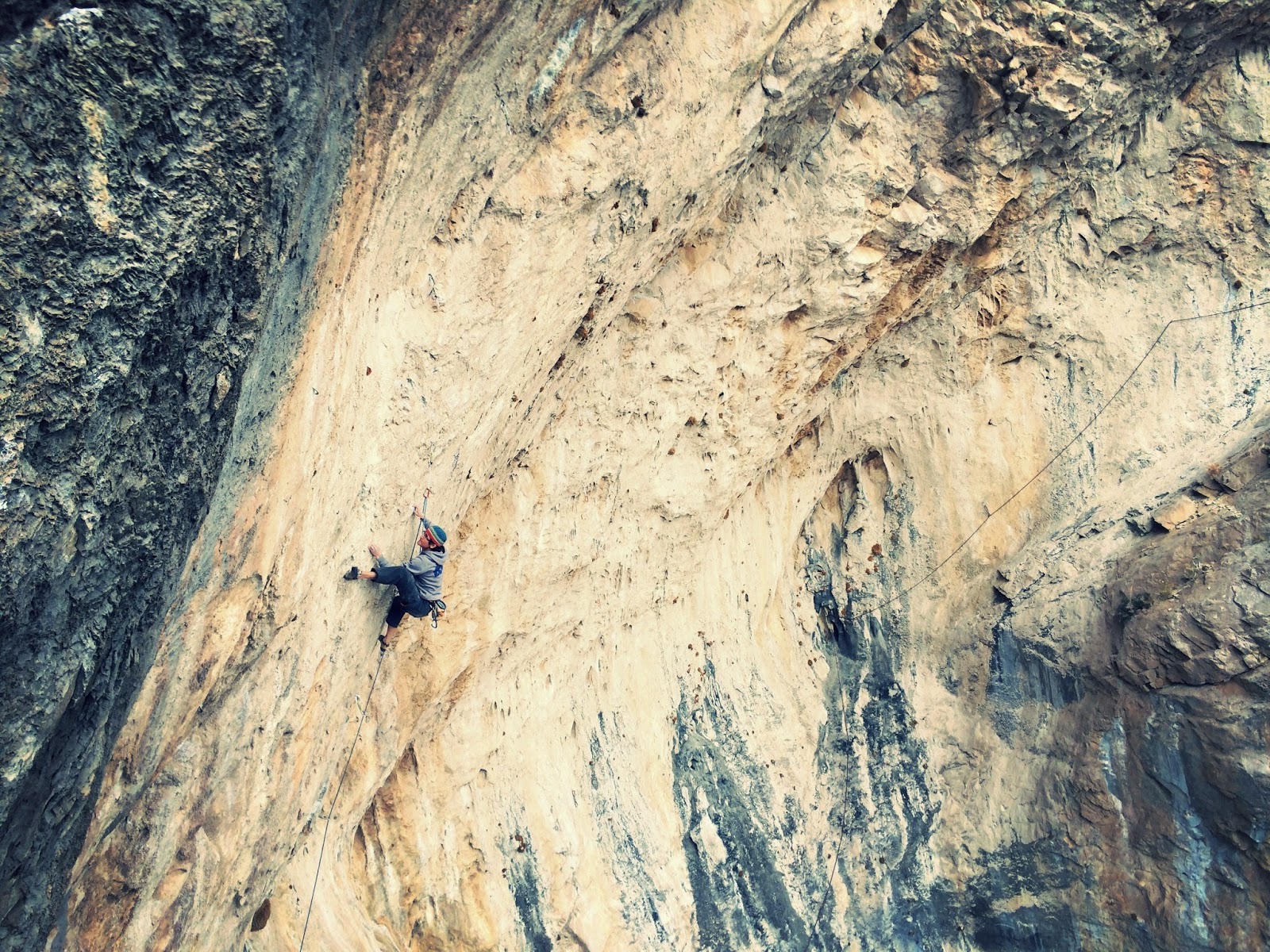 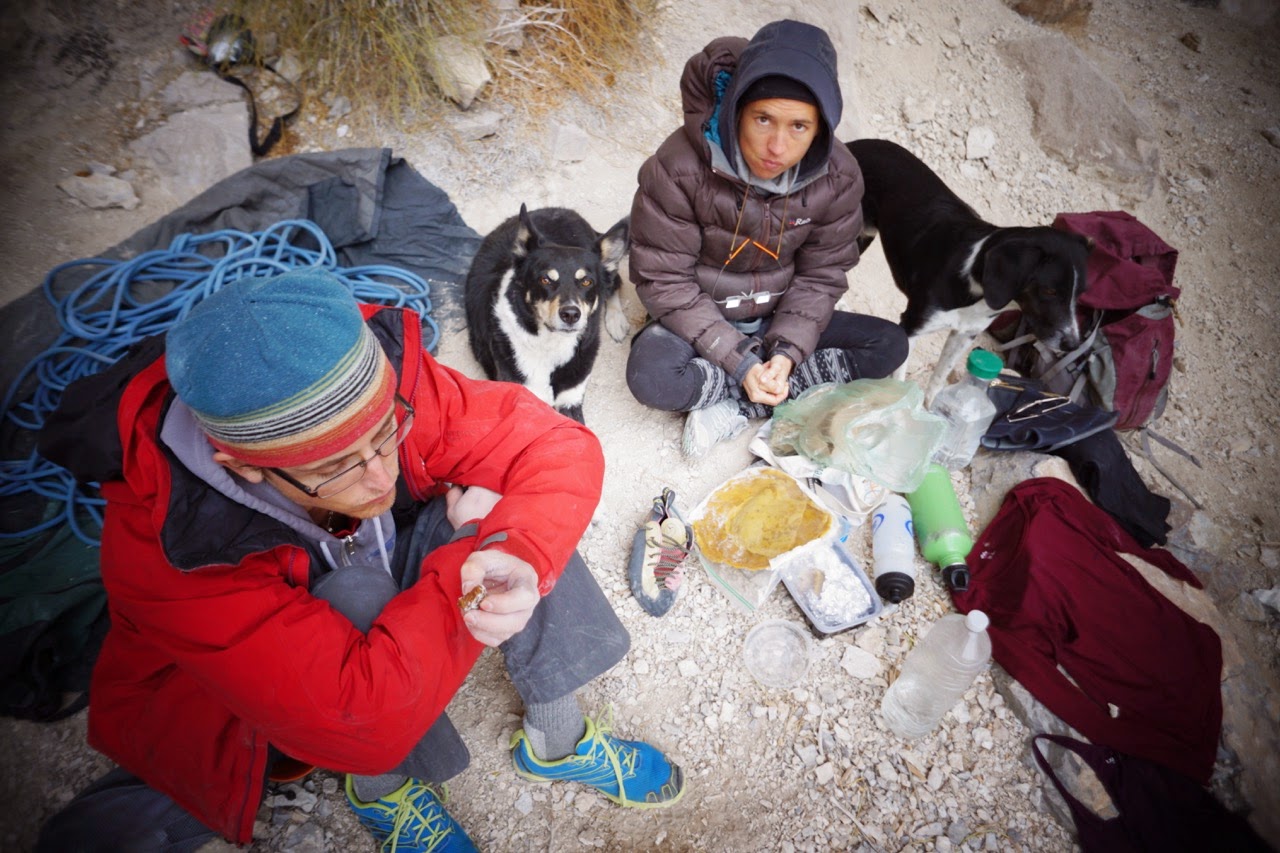 As for what I've been up to... I've put in a few days outside here and there. When I first arrived in Vegas I journeyed back to one of my absolute favorite crags in the country, the Virgin River Gorge. Truly some of the best stone anywhere, it was a pleasure to be back there. In 2011 I campaigned hard for my ascent of 'Necessary Evil', which was by all means a turning point in my climbing career. Despite the fact that I had already climbed a couple 14d's, NE was, in my mind, my first seriously hard route. Along with NE I aimed to finished the other 5.14s at the cliff that year, all of them are hard. I did leave behind the 'Route of All Evil' 14b however. One of Boone Speed's crowning accomplishments and without question a burly and intimidating route even without the direct v-hard start that is Necessary Evil. The story I'd always heard is that Boone actually thought Route was 14b, but when news of visiting french climbers - along with US crusher Jim Karn - came about, the locals sandbagged the guests and suggested that Route was only 14a. The grade stuck, and has thwarted many very accomplished climbers, even many accomplished 14+ climbers have tried and failed on Route / NE. It was fun to revisit this area and properly finish off the Blasphemy wall with an ascent of Route, and a repeat of it's bouldery neighbor, 'F-Dude / Boy'.


I next began some effort on Joe Kinder's unrepeated 2009 Wailing Wall link up, 'Re-Up' 14d. It was encouraging to quickly repeat the first half, 'Unforgivable' 14b/c, but much like last year I found some trouble figuring out the best way through the upper boulder problem of 'Slaughterhouse V'. I'm hopeful to return, and also try Joey's new rig 'Maquena Muerte' 14+, but honestly my focus now is looking ahead. 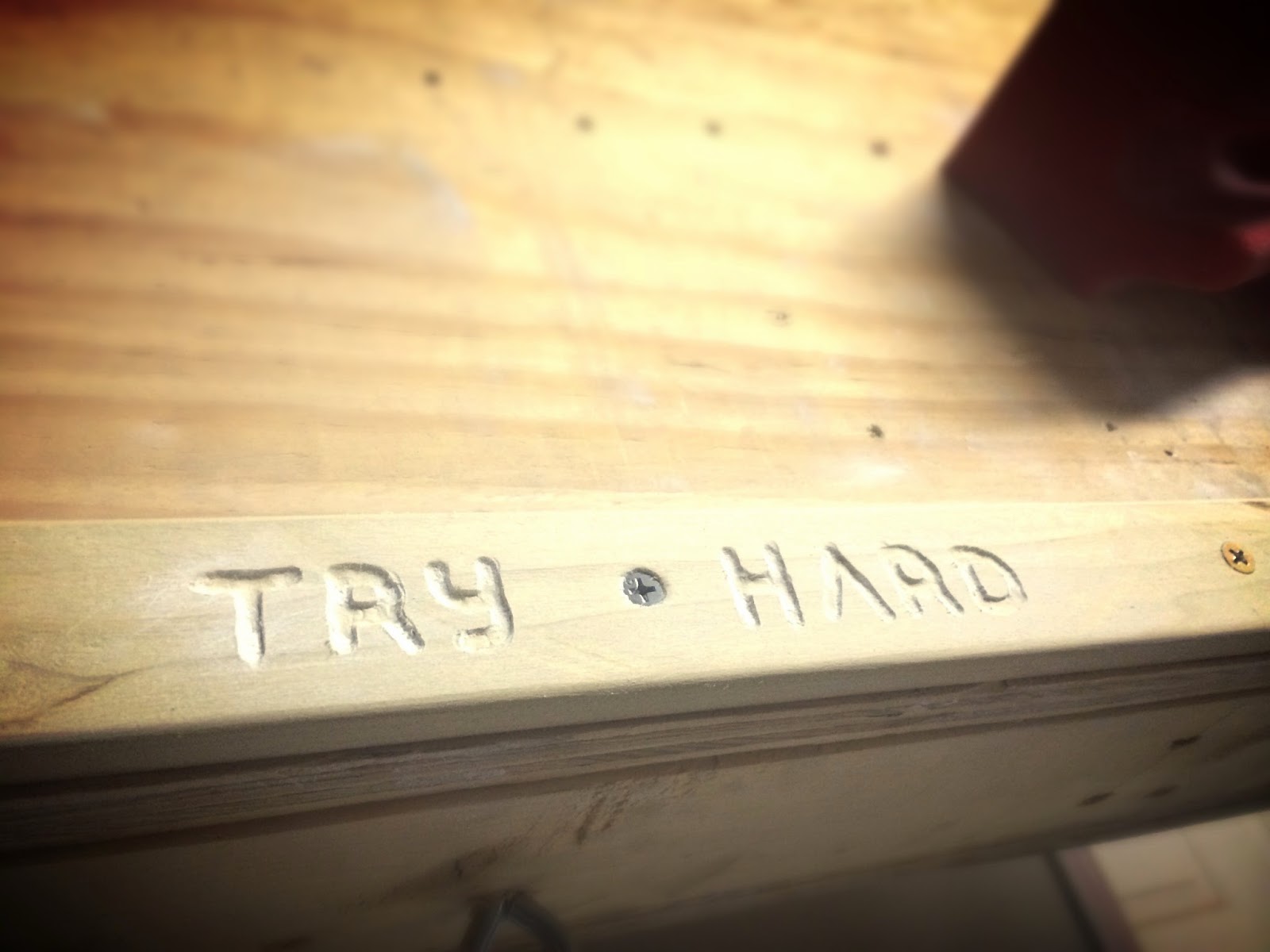 Last year at the base of Ceuse over several glasses of wine, in great company, I proclaimed that it may be a while before I try another route as hard as 'Biographie'. Only minutes later I started planning my return to Europe and soon thereafter I was dreaming about the process again. Well, fast forward to January 2015 and I've got my tickets and rental car booked. This time I'm visiting Spain for my first climbing trip there, and afterwards moving on to France... Switzerland... Austria? Not sure yet. I've got a full 90 days across the pond. The reality of this upcoming trip and my ambitions have totally sunken in. Training is by far my #1 priority and while I may miss out on some fun in the sun here in Las Vegas I will be busting my ass to prepare for what I full heartedly hope will be my best climbing trip ever...
at January 29, 2015