100% bouldering since I last wrote. I can't remember the last time I put on a harness but I bet it has been nearly a month at this point. The initial week after my mission on the Diamond I was nothing short of destroyed. I tried on several occasions to get out, or even to climb a little bit in the gym - and it was pathetic. I knew that I would have some work to do in order to get back into snappy, powerful, bouldering shape - but honestly even two weeks into bouldering mode I was quite frustrated to see relatively no progress. 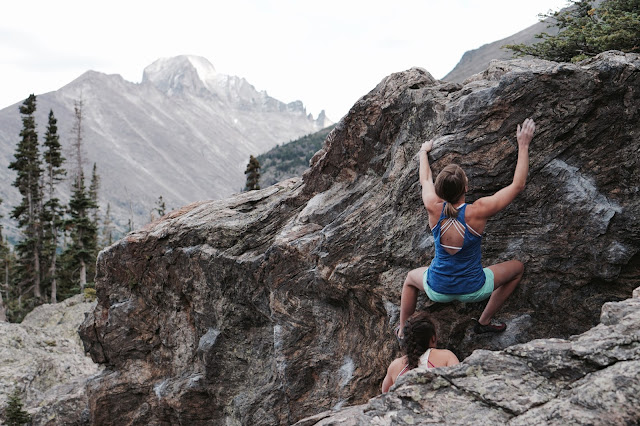 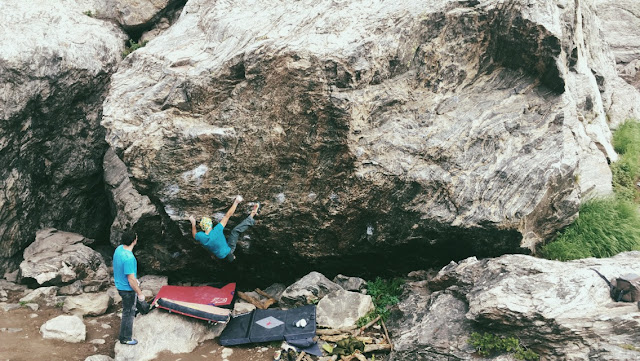 I hiked out from Chaos many evenings with my tail between my legs, but the sun setting on the Keyboards of the Winds was always enough to cheer me up. I kept banging my head and hands against the wall and finally I broke through. 'Flood Money Sit' V10 was my re-entry to bouldering double digits - something I had not done since March (aside from cruxes on routes I suppose). 'Golden Rays of Flows' too me back into the V11 realm, and after several more days of efforts and a short round of finger training I climbed 'Irreversible' V13 - this was the first time I had climbed the grade since last summer. 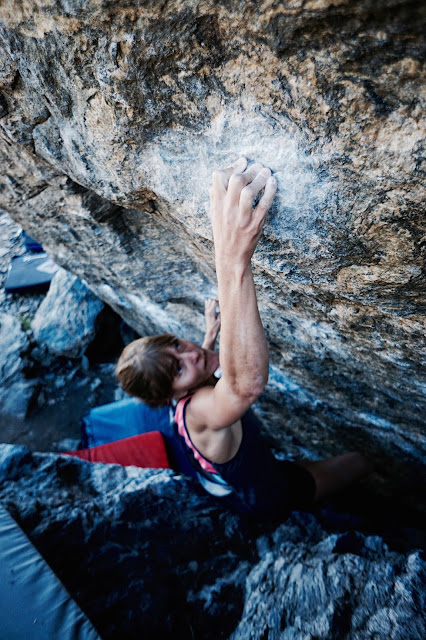 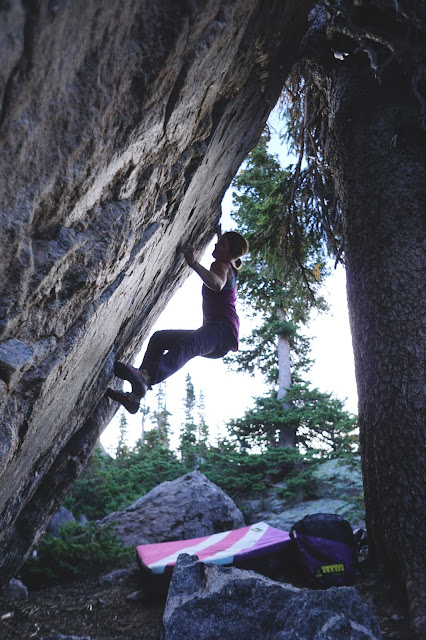 'Comb my Hair like God' V11/12 was next up, but not before an agonizing session sorting out awful beta on my own and subsequently failing on the final move. My main goal for this bouldering stint, and one of my main goals for the year for that matter, was to climb 'Wheel of Chaos' V14. A brilliant roof problem way up in the top of the Canyon. I absolutely love this problem. It's 25 moves long and combines a short section of pure muscle-roof, a resistant and reachy steep crimp zone, and a technical and footwork intensive finish. The rumor is that Jimmy Webb fell on the very last move for the FA. Despite me myself feeling super solid on the finish (my kind of climbing) I took the plunge with my hand wrapped around the summit, move 25, the bitter end. Thankfully I had enough in me to try again, and finish the problem. One of my all time favorites. 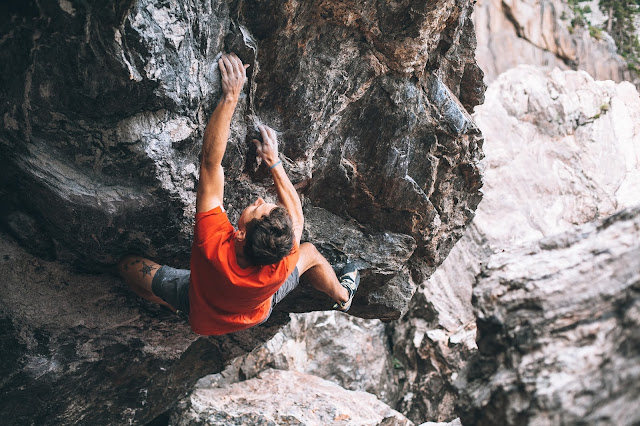 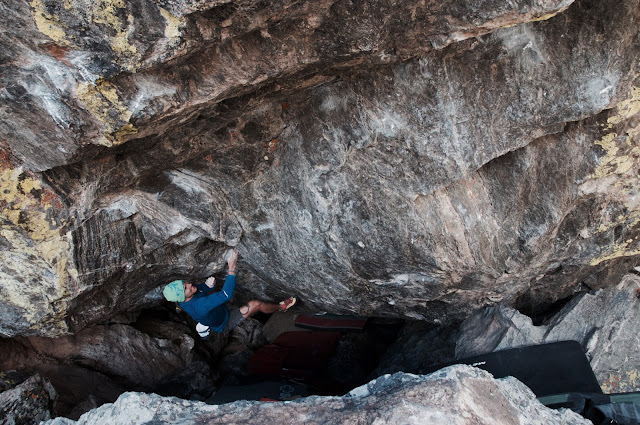 The next day I climbed in Upper and cleaned up some classics. 'Skipper Left' V11 and a scary flash on 'Baby Otech' V10. The real win though, however, was back in Lower this past Wednesday. I had tried 'Gobot' maybe 3 years back for a short time. Decided I was too scared and weak, and moved on. Last year I tried Gobot briefly as well. No dice. This year I wanted it pretty badly. It's a brilliant problem, and sometimes the ones that have eluded you for some reason or another hold a special kind of allure. Shortly after my mission on the Diamond I hiked up to try Gobot three separate days. Falling on the last move, I almost became certain that this now would go on my 'never' list. I even had apprehensions about trying it this last week - despite knowing that I had improved so much since August. There's a move at the very end out left to a strange pinch that is just outside of my reach. I tried all the methods to get this hold but it was clearly not in the cards for me - 2 or 3 inches too far. Instead I was grabbing a pretty serious right hand crimp and a horrible left hand spike and making an all out pounce to the finish. I tried the finishing move on Wednesday and immediately felt like the right hand edge had doubled in size - an incredible feeling. My hand strength was back! I did the problem first try from the start. It was extremely rewarding. On paper (V11) this is nothing noteworthy but it's actually the longest I have ever worked on a boulder problem so for me it felt special.

Feeling the strength and snap come back is super motivating, and although I planned to transition back into routes right about now, I am going to ride this high for (what I hope) will be a couple more nice sends before I pick up the harness again.
at September 17, 2016