Very much on the move since I last wrote. Weather has dished out its ups and downs in a typical end of spring way. Heat, rain, and also perfection... all mingling together to make decision making harder and sending the gnar just a touch more tricky. Last I wrote I had departed my beloved home in Organya and linked up with Cam - freshly back in Spain after a two week trip to Sweden. We drove three hours into Aragon and moved into our rad little place at Aparthotel Valle de Rodellar. This was my first trip to Rodellar - a zone that I had heard about for years. Well before I ever climbed in Spain I had heard and read the names 'Welcome to Tijuana', 'El Delfin' and 'Ali Baba'. Before Chris Sharma made Catalunya so recognizable, Rodellar was no doubt the epicenter of Spanish Limestone - at least to the American community it was. 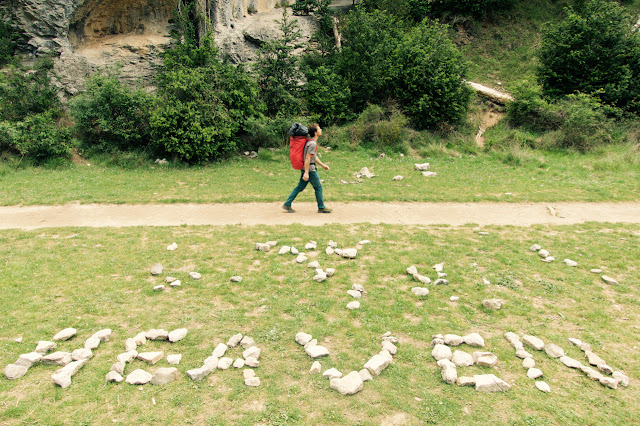 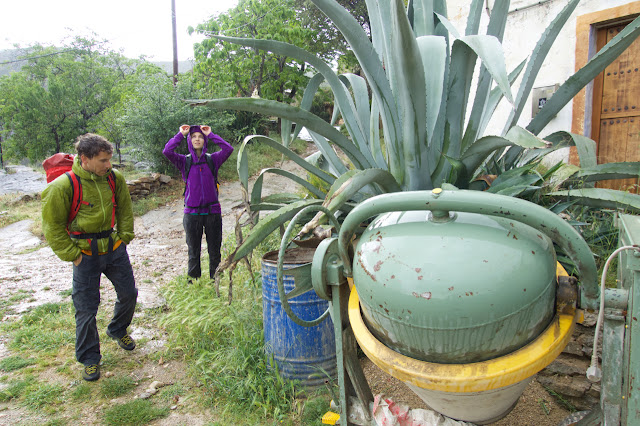 Rodellar is quite remote as far as Spanish crags are concerned. It's nestled at the end of the road (literally) in Sierra and Canones de Guara National Park. Rodellar (like basically all Spanish crags) barrows its name from the closest village - which has a well adapted infrastructure for tourism and climbing. It's the kind of place you can easily bunker into. We parked the car for 9 days without moving it... You can walk to the cliff from anywhere, small but complete grocery stores are there, bars and restaurants. Along with a crowd of climbers (it is the most crowded area I've visited here, especially weekends) there are a grip of hikers, cavers and birders. It's without question a unique and jaw-droppingly beautiful place. 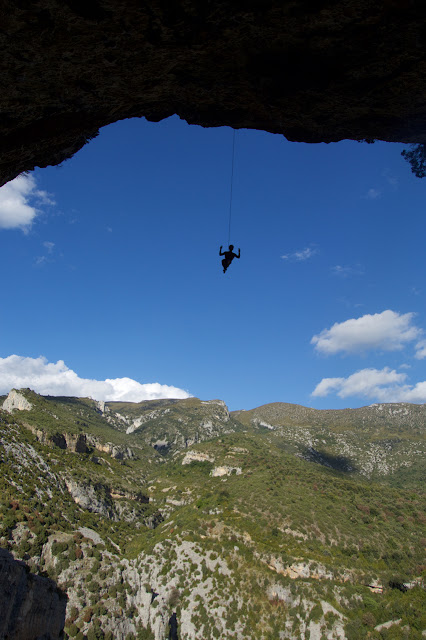 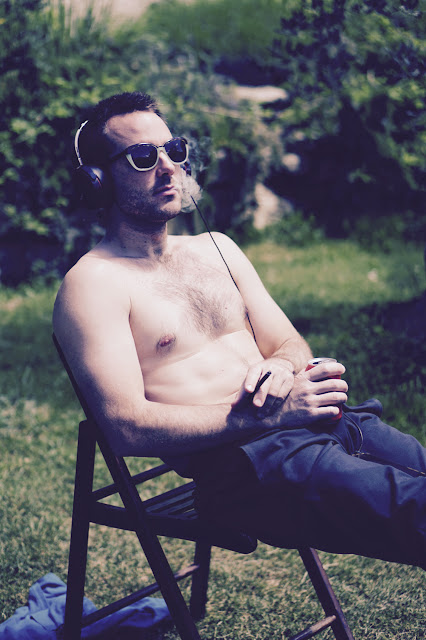 Things were mostly dry for our initial 10 days there, and we even had a couple climbing days in jackets. A luxury I would soon miss. The climbing there is steep and physical. For the most part, finger strength is unnecessary, bicep strength is paramount. Cam and I both got kinda slammed there the first few days. Bodies were tired and beat up from the giant caves. Tufas are everywhere, features are everywhere. I found it generally friendly to all climbers as there are so many options for beta and footholds, etc. I climbed the amazing 'Geminis' 8b+, narrowly missing my onsight near the anchor. 'Welcome to Tijuana' 8c was next for me - hard boulder problems right away from the very first bolt to literally the anchor. I did 'Ixeia' 8b+ and 'Botanics' 8b+ both onsight and we essentially settled into the Ventanas sector for a while after that. Cam climbed the awesome 'Las Ventanas del Mascun' 7b+ and I started working my way through 'Los Inconformistas' 9a. A bizarre foot first, cross through and unwind crux guards the anchor. I would fall here for days before finally sticking it. It was a huge relief to put it to rest with so many other beautiful routes all around me to try. 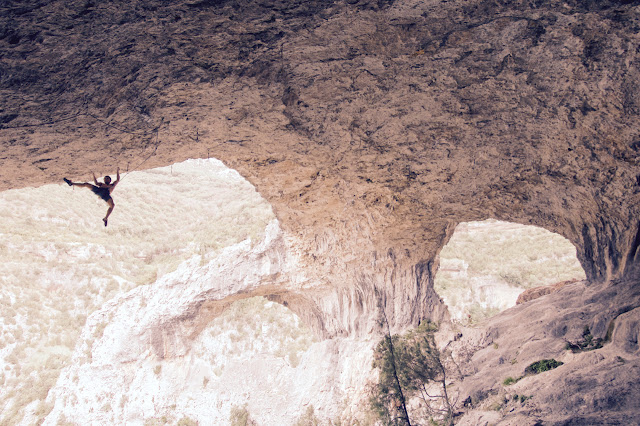 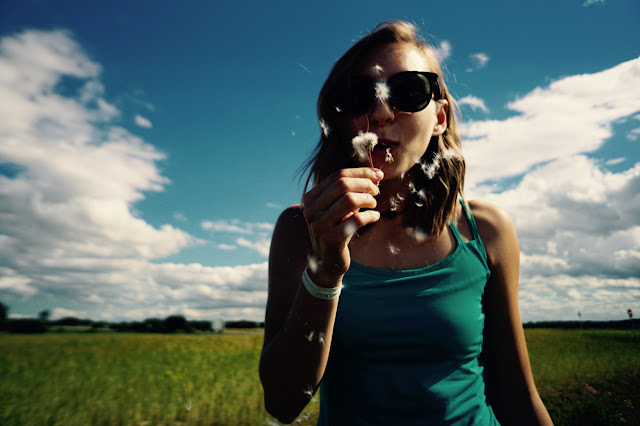 Unfortunately the rain came in a huge way and forced us out, we migrated to Siurana for some warm but super fun climbing days. Rodellar can be wet for weeks after a big rain, where Siurana can dry in a matter of hours. I climbed 'Migranya Profunda' 8b+ and '2X30' 8c before taking some much needed downtime in Barcelona with Shaina and eventually heading back to Rodellar. I barely pulled off 'Pata Negra' 8c before the rain returned and again, completely soaked the cliff. I'd imagine it could be 2 weeks before Rodellar is totally dry again. 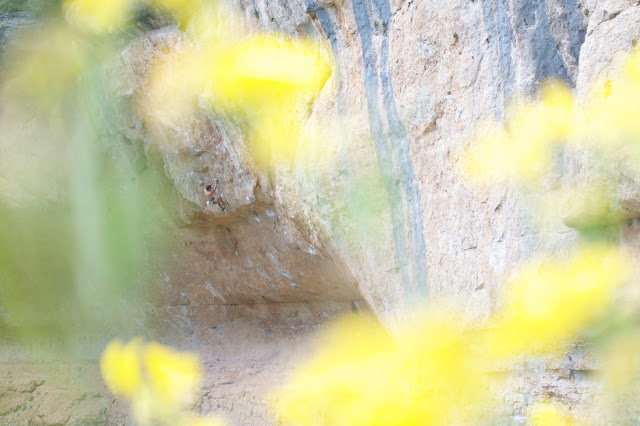 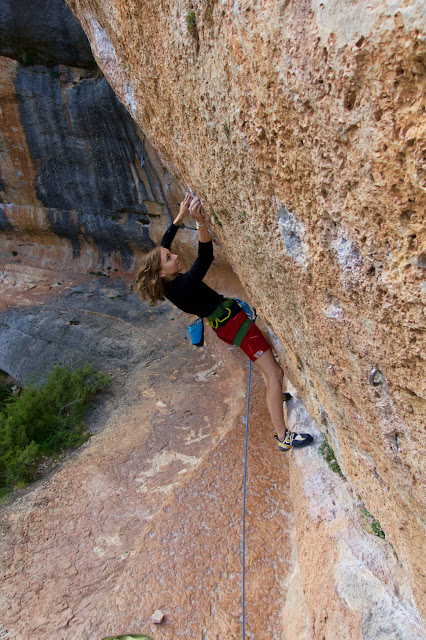 So now... a little chill time... Street League Barcelona tomorrow... some beaches... some emails... and I'm off to Portugal shortly to hopefully get a couple days on rock and a couple days on a surf board!

Lastly here is a little video piece that Joe Segretti put together of Honnold and I climbing around the Clear Light Cave in Las Vegas this past winter. Included is my epic anchor clipping whipper on 'Atlantis'. Enjoy!


Siegrist and Honnold Climb the Clear Light Cave from Joe Segreti on Vimeo.


And of course one last thing! Don't forget to sign up for this summer's Arcteryx Climbing Academy in Squamish. This is an absolute not-to-be missed event in one of the country's best venues for rock. I am teaching clinics so check them out and sign up! See you guys there. 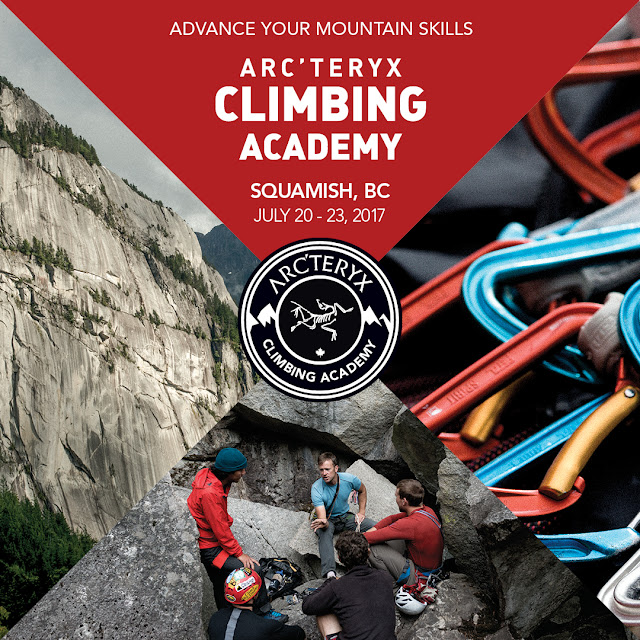