Temperatures were definitely warm, sometimes downright hot. Parking can be a pain in the ass. Crowds on the weekend make a line up on the best routes. The rock is often choss, glued, and slippery as hell.     But...

Nights are quiet, dark and cool. The river is crystal clear and perfectly refreshing at the end of a long day. The concentration of fun, hard routes is staggering. The community is warm and motivated. Rifle is a special place. 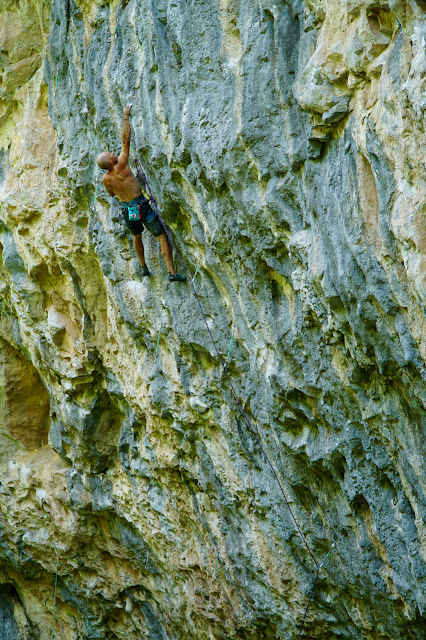 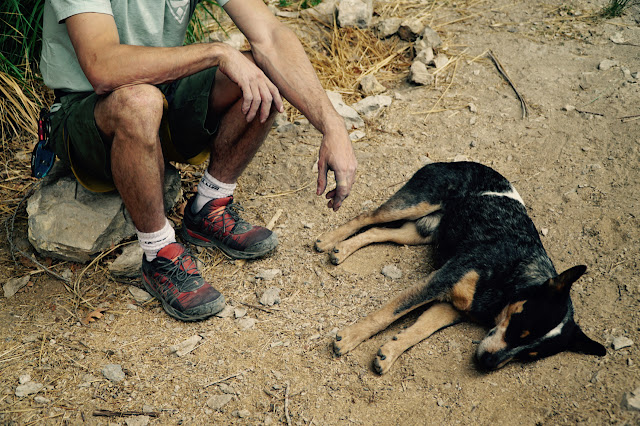 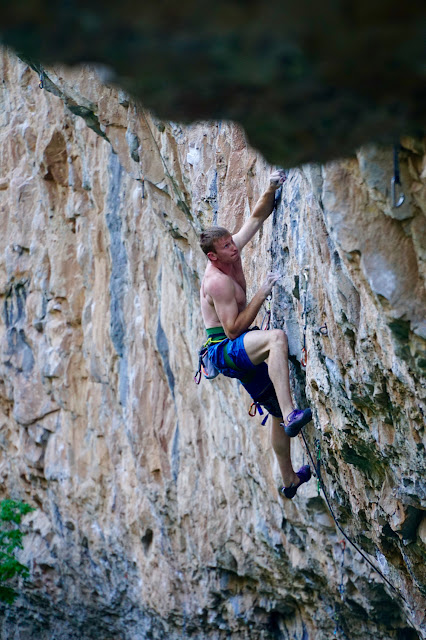 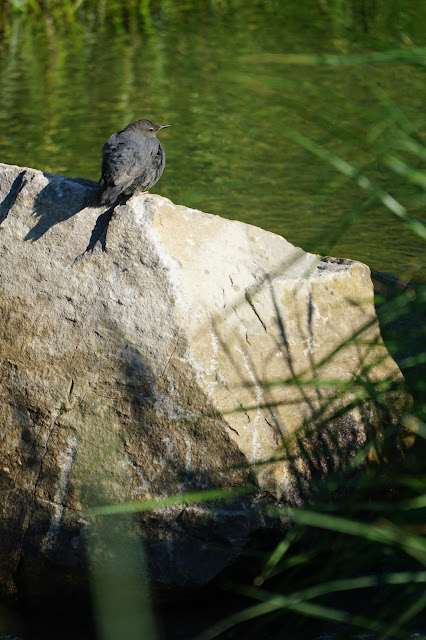 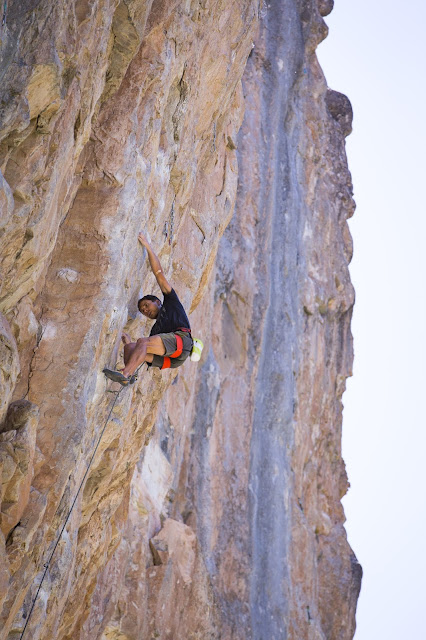 I've had an absolute ball climbing there. For the last 4 weeks I've been making the I-70 slog to Rifle Canyon. I took a week off for the heat and a long weekend to Atlanta, but mostly I have been out there climbing. No cell service. Camping with good friends. Killing time by the river.

It had been six years since I last settled into Rifle - late summer of 2011 was my first long stint in the Canyon. So many good, new hard routes have been added since then, largely thanks to Joe Kinder and Steve Hong. If there were any previous doubts about Rifle having the highest concentration of 5.14 in the country, it is pretty clear to me now. 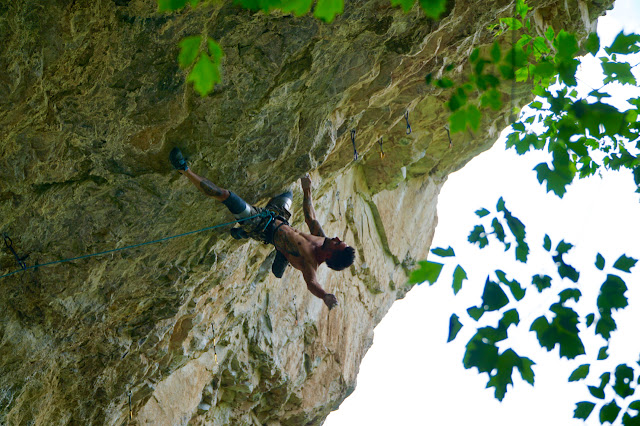 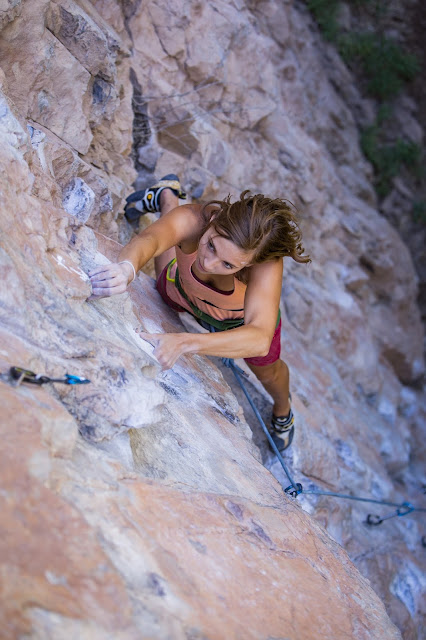 Mainly I wanted to try Joe Kinder's new rigs in the Wicked Cave. When I was climbing with Matty Hong and Jon Cardwell in Spain this spring they were hyping up the new creations and since then I started planning my return to Rifle. Certainly I was a little apprehensive because I knew June could be hot. It was hot. But it was also fine. Rifle is surprisingly doable in the heat. The only route I would have loved to try more was Jon and Matty's new one 'Stocking Stuffer' but the Bauhaus proved too warm for me. This one is probably the canyon's hardest. Something to come back for. 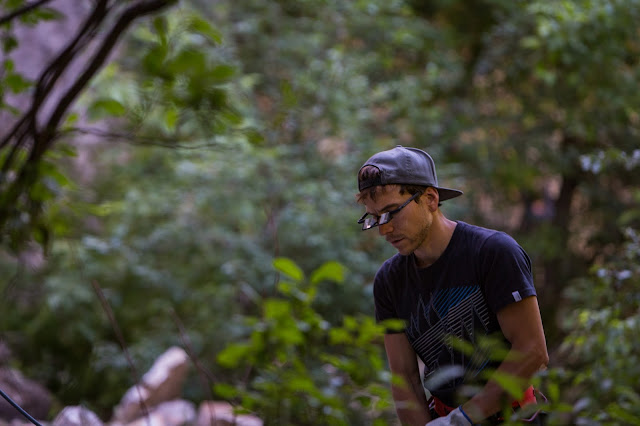 Yesterday was a particularly rad day. I had tried 'Nostalgie' on Tuesday once but even around 11:30am it felt too hot and I wasn't able to quite figure out one movement in the upper crux. I returned yesterday morning early to take a crack at (hopefully) better temps, but it proved super humid and maybe even worse than Tuesday. This was my favorite new route I tried. A straight forward, powerful V9ish boulder starts the route. No rest into some awesome 5.12 climbing on great blue rock. A slightly awkward no-hands rest before an incredible panel of wavy orange, textured rock above. Slopers and amazing sculpted pinches make the red point crux subtle and tricky near the very end of this Wasteland route. It's so good. I sorted out the top crux and let myself rest for an hour or so before a miracle breeze made an ascent possible. This was really the last route I wanted to do, and I was a little worried that the heat and difficulty of this rig wouldn't allow it. Stoked, I went to the Wicked Cave with my buddy Luke Olson. He gave me the beta he remembered from 'Tombraider' 13d and I watched him try 'Magnetar' 13d before I made a flash of both of these awesome routes. I jumped in the creek one last time and hit the road. My last day in Rifle and likely my best. 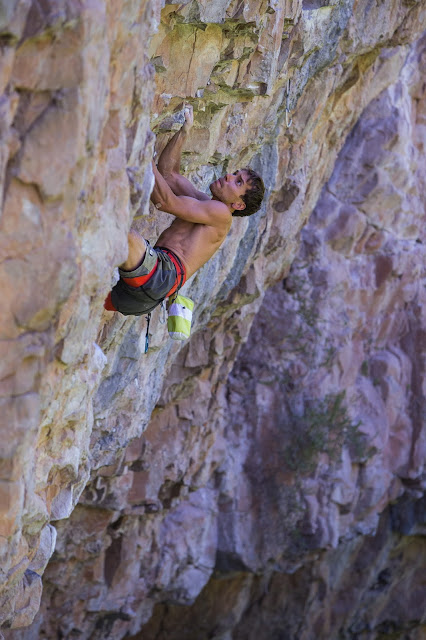 Thanks for the good times Rifle and huge thank you to the city for keeping this gem of a canyon beautiful and people like Kinder and Hong busting ass, constantly making sick new hard ones!

>>>>> Tim Foote took all the photos above of me and the one of beautiful Shaina. Everything else is from yours truly.