Back to the States a few days ago..

Many of the same places but always a new experience... The past month we were settled into an awesome little apartment in Cornudella de Montsant. For those that don't know, this is a rad little town just a ten minute drive from Siurana, ten minutes from Montsant and forty minutes from Margalef. With a legit gear shop, several cool cafes and restaurants, countless traveling climbers, this is unquestionably one of the major hubs for sport climbing in Catalunya. You won't necessarily be greeted in English here but the shop owners and bartenders are known for being accommodating and stoked on the climbing community. 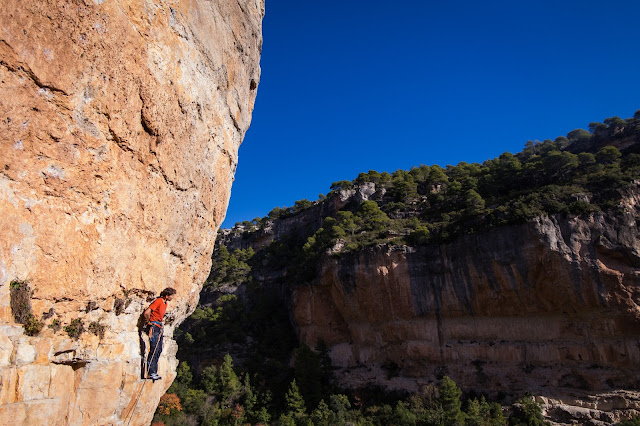 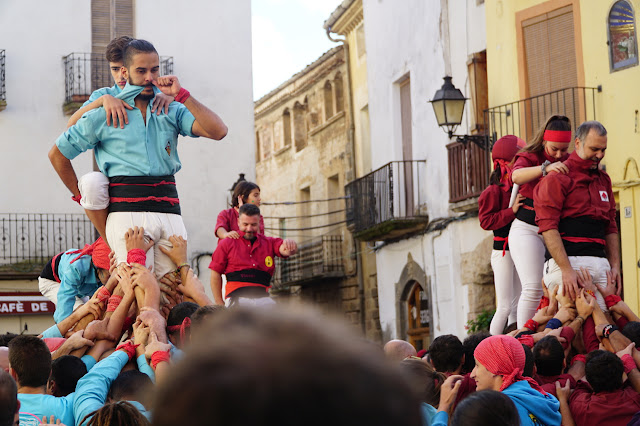 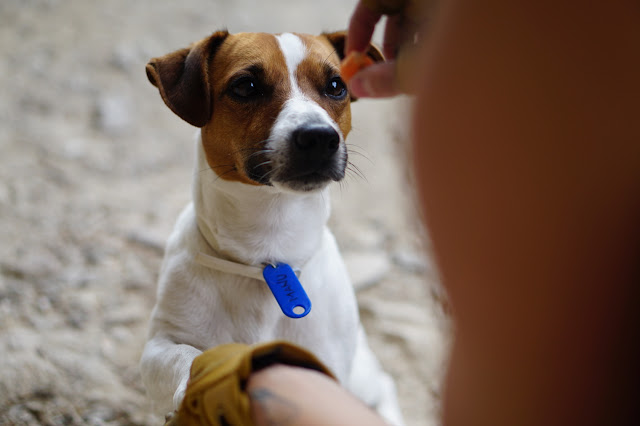 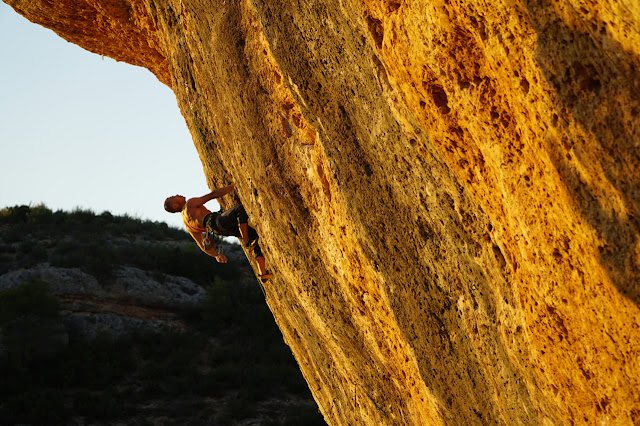 For me this past trip was not as singularly focused as some of my trips in the past. I mostly prepared by climbing outside and supplemented with a little strength training just about a week before departure. My aim was to have a crack at a few Siurana classics I had skipped over before, and if time allowed to jump around to a few other cliffs. Furthermore my aim was to support my girlfriend Shaina on her mission to climb 5.13. She had been preparing for this trip for months, born from a lofty goal to climb 5.13 this year after having just done her first 5.12 in February (!!!).

The first week we arrived was quite hot and crowds were something of an issue, but as the days passed the temps gradually lowered until we exchanged tank tops for down jackets and even found ourselves suffering from cold in the shade. Altogether the weather cooperated damn near as well as one could ask for. I skipped one day of climbing because of crippling arctic wind, but otherwise our 2 days on, one day off schedule persisted throughout.

In addition to delicious olives, countless Estrellas, brilliant sunsets and even a beach day, we both finished the trip contempt with our climbing. Shaina proudly climbed her first 5.13, 'L'escarmala' - a Siurana classic requiring huge dynamic movement, finger power and technical footwork alike. She did a second 13a just a week after. 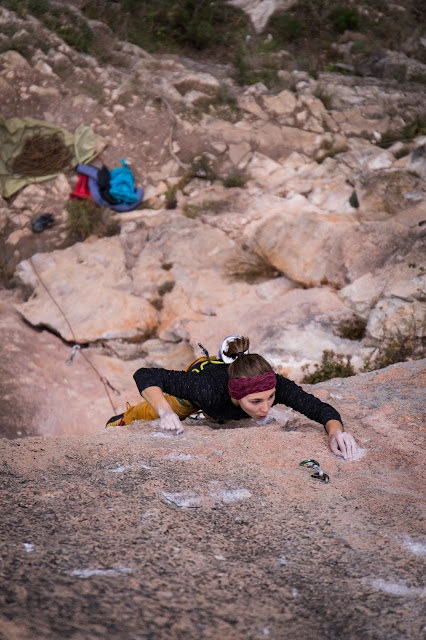 I completed a major objective for 2017, to climb 10 routes 14d or harder, with sends of the resistance test piece 'La Reina Mora' and the ultra bouldery '20 Anos Despues'. I remember a few years ago reading an interview with the incredible Japanese climber Sachi Amma, when he mentioned that it was a goal of his to climb 10 grade 9 (14d or harder) routes in a year and distinctly remembering that seeming so beyond possible (for me - I believe Sachi eventually succeeded). Early this year I did the first repeat of 'Bachelor Party' 9a and shortly after had the best climbing of my life, finishing 'Pachamama' 9a+/b, 'Joe Mama' 9a+ and 'Chaxi' 9a+ in a couple weeks. From here I reflected on that interview with Sachi and planned to just go to the death climbing outside and pursuing 9a for the rest of 2017. I was never quite sure it would come together (both logistically and also physically) but it did a few weeks ago. After climbing '20 anos' I was pretty blown out. A long year of grinding, projecting, traveling, living in my truck and flying across the globe. In between the 9a's I also climbed 50 5.14s. I was pretty smoked. I took the level down in Spain after that, doing some utterly amazing pitches like 'Pal Este' 14b, 'Toni Kaneloni' 13c and 'Los Ultimos Vampiros Hippies' 14b among others - like some not nearly as amazing, but hard non-the-less routes like 'Directa Jabali' 14b, 'Leche Caliente' 14a and 'Afrodita' 14b/c. 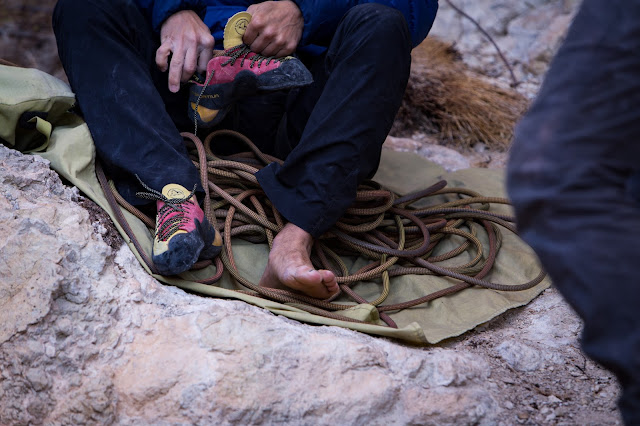 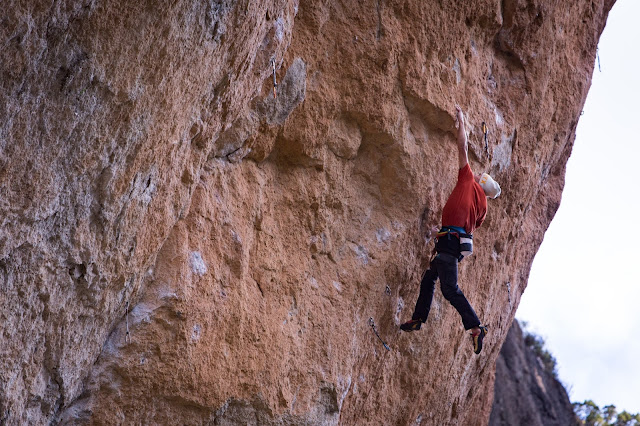 At this point I've got one more nemesis route in the Boulder area to hopefully finish off and then I will be taking some time to rest, chill and prepare for 2018's goals during December. I'm so proud of my climbing this year - especially because I took a giant step back from training and focused on being outside and with my friends and dog - and it worked (to my surprise to be honest). Now I want to try and get a fresh start, diving back into systematic training as I pursue the next objective. But first, some Pumpkin Pie. 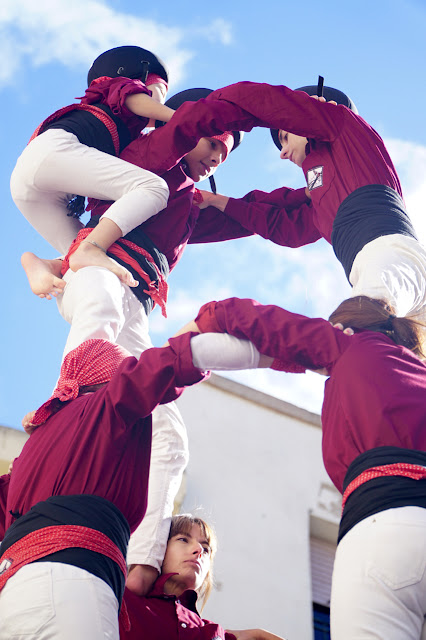 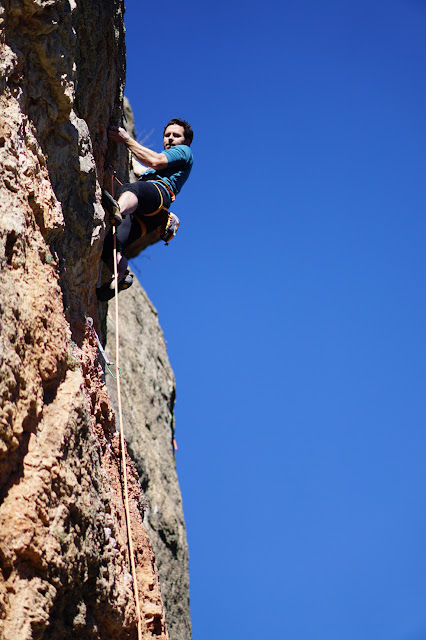 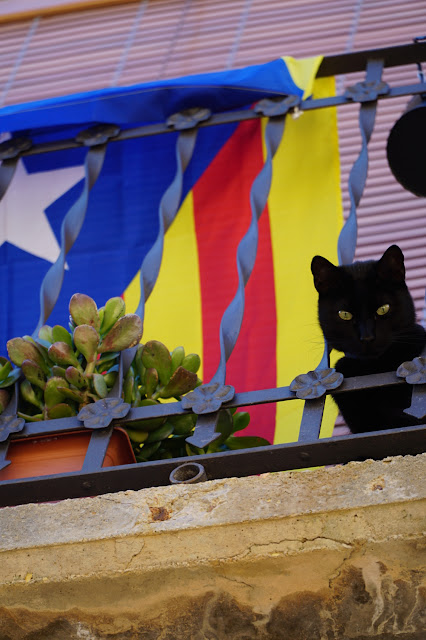