I've been making my way up north frequently to continue my efforts at the Cathedral / Wailing Wall zone - a very cool hang above an inspiring landscape. My efforts have been focused on a Joe Kinder route he called 'Golden Direct' 14d.

Golden Direct takes the dramatic center line out of the Cathedral. It begins with a pleasant 11+ and a decent shake before firing immediately into a bouldery and run-out 13b, which meets with 'Golden' at a poor rest. From here the route enters a long power endurance section, highlighted by big, sequential moves and another thrilling run-out. This section finishes with a difficult seeping undercling clip and another poor rest. From here the rock quality improves to near perfection as you enter a stout boulder problem on tufas and bullet grey limestone featuring small pitches and pockets - ending with a desperate slap to a awkward ledge. Another crappy rest here before a final boulder problem finishing with an awesome and dramatic lunge for the summit of the cave. The route is truly incredible! It's exhausting to climb and brilliant to look at. 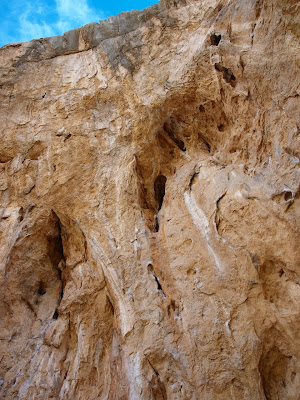 a mammoth of a pitch

My first couple days on Golden Direct were barely linking bolt to bolt - sussing beta but also enduring serious fatigue on this mega steep pitch. This past weekend, in crap conditions, I could barely grab draws as I crawled my way up the route to figure out the tricky finishing boulder problems. With zero expectation I surprised myself on Tuesday by falling off a tufa pinch move close to the end of the route, and finishing the day with a solid one hang. Yesterday I returned ambitious but again without expectation.. in some nearly perfect conditions I made my way to the finishing boulder problems, muscling my way through a dicey clip off a seeping undercling. With beta countlessly recited in my head I entered the crux prepared to use full effort and move after move later I was jumping for the lip of the cave and clipping chains.. pumped and psyched! The route took me 9 or 10 tries total. I finished the day with a flash on 'The Cross' 13c, a killer climb on the Wailing Wall. 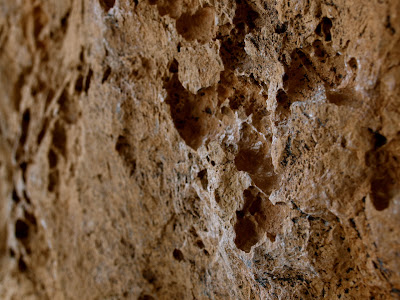 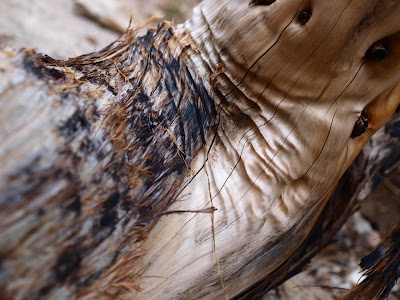 My experience on this route could not differ more from my recent experience on 'Necessary Evil'. Necessary was a complete mind game for me that never felt remotely guaranteed. The fickle conditions, precise and subtle movement made redpointing mentally exhausting and at times super frustrating... eventually I had to abandon all expectation and accept the fact that I would (hopefully) send at some point so I just needed to keep trying until I did. As for Golden Direct, my success came before I ever had an opportunity to get stressed or anxious about it. It was more physically exhausting, but mentally it came as something of a gift... and I'll happily take it after how hard I worked to succeed at the VRG. It's a golden truth (no pun intended) that sometimes victory is almost handed to us, and other times we have battle for it... ahhhh don't you just LOVE rock climbing!? (seriously though, it's freaking awesome isn't it?!) I fought hard on my redpoint for this beast but I'd still have to say that in my limited experience, it definitely sits at the soft side of 9a. Huge thanks to Joey Kinder for all his hard work establishing routes out here. Much respect!! I'm SUPER excited about this send and stoked to make the best of my remaining time in Vegas!