After returning from a nice visit to San Fran, I settled back into training mode for a couple days in Boulder before packing up and busting out west. I clearly set my goals for the next two weeks; to challenge myself, remain fit and stoked above all else, in preparation for my fall visit to the South-East. Last year I learned a valuable lesson in September when I unfortunately entered the fall with a bit of a lull. In early September 2010, I finished my first 9a with Tommy Caldwell's incredible, 'Kryptonite'. Much surprised by the speed of my success, I entered a 3 week period bereft of objectives - killing time before I would leave for the Red. I trained tirelessly and worked to keep my momentum and motivation high, but inevitably I lulled just as I left for Kentucky. It took what seemed like 2 full weeks for me to get back in a proper groove.... After chasing after beautiful climbs, perfect conditions and seeking motivation all year, I've come to realize how precious the fall really is. Not a week to waste, not a day to be bummed-- we may find success anywhere throughout the year, but the autumn is our season! 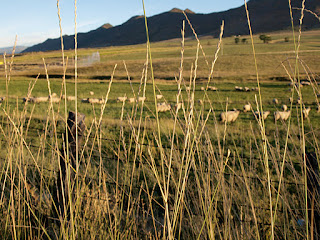 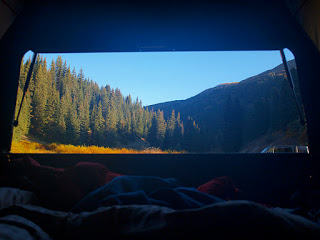 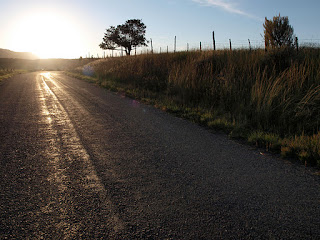 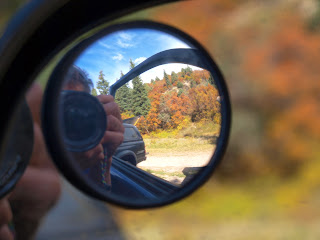 A Tommy Caldwell classic, 'Tomfoolry' 14b+ was at the top of my list. This beautiful climb is well known for it's elusive trickery and difficulty. It's fallen only to a short list of talented climbers and although it's over a decade old, it remains one of the Canyon's test-pieces. I was concerned about a long reach at the top of the route that I'd seen and heard about, but I was stoked when I found a great sequence through the crux bottom section of the route. Unfortunately, my concerns were accurate, and a strenuous move exiting the upper crux was just beyond my reach. Bummed. I tried it again. No go. Crap.

Disheveled, I thought about my other options... while warming up at the project wall I gazed across the canyon at a long standing open project bolted by Nico Favresse and attempted over the years by Tommy, Dave Graham and Andy Raether among others. For the last few weeks I had been checking out this line from time to time, asking around and curious - I was surprised to see draws hanging up this huge route. It turned out that homeboy Sam Elias had stick clipped his way up the route recently, and after a quick conversation with him, I was motivated to give it an effort.

With every attempt on the project, sussing beta, cleaning here and there I became more and more excited about really investing in this forgotten monster. On my third try I'd found a method through the entire route - utilizing a sea of underclings up a stunning 45 meter wall. The difficulty seemed to just stack together - there's very little opportunity to rest, anywhere. An ultra powerful, dull undercling with poor feet characterizes the burly crux of this route - a one handed rest gives you a brief, strenuous pause just before you enter a total style change - the finishing crux on small sloping edges and tiny pockets reminiscent of Ten-Sleep. It's the big boys version of 'Living in Fear' - no knee-pads, no valuable resting and a complete pallet of stylistic challenges. I started calling it the 'Shadowboxing' project.

Thursday I made a breakthrough link, falling before the final boulder - hugely psyched and feeling prepared to start redpoint attempts. Friday I returned, Andy Mann hanging a few feet behind me rolling video, and a crowd of friends cheering me on. I gave it everything I had, resting where I could, climbing efficiently and hustling. After clipping the final bolt I let out a cheer, however reminding myself shortly after that although it was only 8 feet of 5.10 between me and the chains - it was not over. I reached behind me to chalk up and my right hand exploded, ripping a brick of choss from the very summit. Airborne. Obviously, it was not over.

Yesterday, in the fading evening light I tied in for one last attempt before my body would force me to rest. I had fallen from the final boulder just an hour earlier, and I was beginning to feel exhausted from three days of climbing. I had no idea that I'd find such a motivating and difficult project. I planned to stay fit and engaged by climbing this and that - mainly focused on my upcoming trip to the Red and the New. But now... this route had totally captivated me and I knew that while I was capable, I couldn't take anything for granted and I had plans to leave for Kentucky in just a few days. Just a little bit of pressure - it's always seemed to help me and yesterday was no exception. I finished 'Shadowboxing' just in the nick of time. So psyched!
Shadowboxing is something of an anomaly in Rifle. It's difficult to compare it with more broken up, knee-bar laiden, steep routes like 'The Crew' 14c, 'Bad Girls Club' 14c/d and 'Girl Talk' 14b although I do feel that it is a step up from said climbs. Its closest sibling in my mind is 'Waka Flocka Flame' 14c - which pales in comparison. Originally I thought that it could be an entirely new level for Rifle climbing, but after making such quick progress I've come to think it is more likely just a touch above the standard.

*Today (October 3rd), I revisited Shadowboxing just before I left Rifle. I wanted to finish thoroughly cleaning to route and prepare it for hopefully many ambitious repeats. Climbing on the route fresh and having the opportunity to think over the route's difficulty, in addition to the unfortunate new discovery of a knee bar mid-crux has lead me to believe that 14c is a more accurate suggestion. Colorado, and certainly Rifle, have a reputation for stiff grades that I feel I should uphold. Like I've mentioned previously, I think that the best thing we can do with grades is take them lightly, remain honest and strive to keep consistency within an area. To me, 'Kryptonite' remains the standard for 14d on the Western Slope and as much as I would have liked it to, Shadowboxing can not rival it's difficulty. Even at 14c, the route is still beautiful, burly and waiting for suitors - I'm definitely still psyched, are you?!*

I'm very excited to add a route to such a beloved and classic sport climbing area. Big thanks to Sam Elias, Joey Kinder and Keller Rinaudo for all the motivation and inspiration (and belays). This has been a whirlwind, breakthrough summer for Rifle climbing and I'm very happy to have been a part of it. Two more days in the canyon and then I'm packing for the South-East!