We usually made our plans for the day shortly after a late breakfast. Partly it's because the weather is entirely unpredictable, but mostly it's because we were taking our time, enjoying each other's company and moving at the rushing pace of the French country-side. It's was a blessing to have an internet-free gite as well. We sometimes watched movies at night, but mostly we would bullshit, drink wine, listen to music and look over the photos and video from the day. It's was impossible to get to sleep before midnight, and equally impossible to rise before 9. Only in the last few days have we felt the pressure of the trip winding down and began busting our asses to get the last of the footage we wanted for the film. 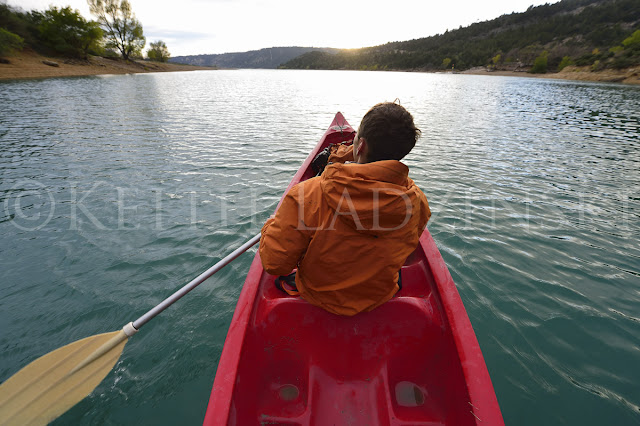 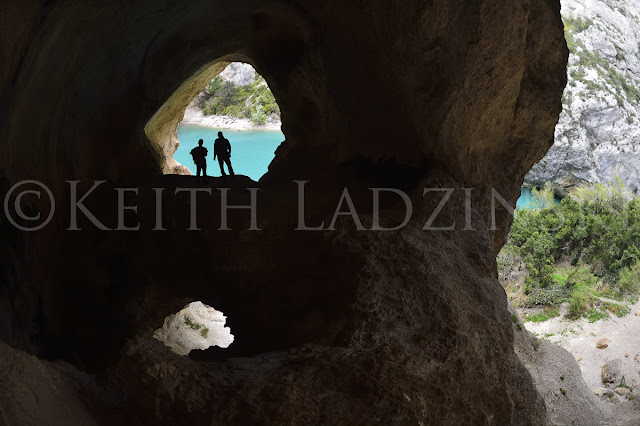 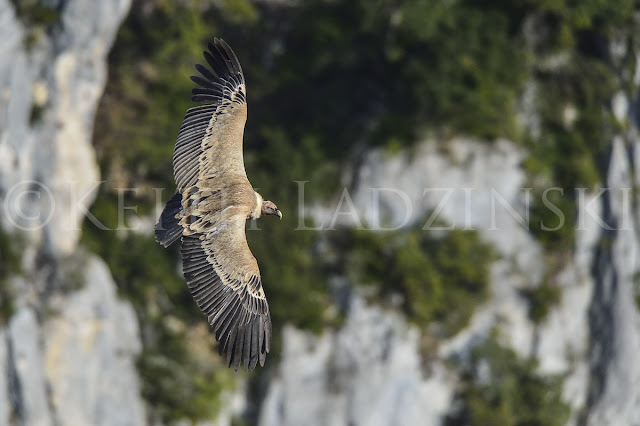 The Verdon is a really special place and we all agree that it deserves a very special film. From what I've seen, the footage is truly incredible- this will definitely be the most beautiful film I've worked on.

Part of what we're trying to highlight in the film is the incredible diversity here in the Verdon that I mentioned before. You really are not committed to any one style (aside from the discipline of sport climbing) when you're here. Over the course of just a few days I climbed in a massive, 50 foot overhanging cave, rope soloed 200 feet of uber vertical technical terrain, and had a go at a towering, overhanging multipitch. If your aim is to amass an endless list of onsights and quick repeats, I would certainly go elsewhere-- The routes here are unforgiving, and have managed to keep their sandbagged grades from the mid-80s without a skip in stride. It's rad, I love it. 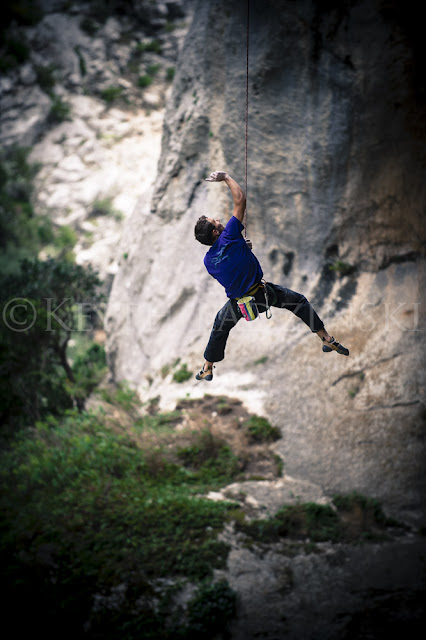 I finished up a really cool 8c last week that first climbs 100 feet through a dramatically overhanging, powerful cave (reminiscent of Maple Canyon), before it pulls the roof and without a proper rest fires into a really nice section of cross-throughs, pockets and lock-offs in a brilliant blue streak. It stretched my 80m Airliner to the very end. For nearly a week, Nina and Keith had to take off and they left just Andy and I to hang out in the Gorge. We broke out twin 100 meter static lines and set up some epic rope solos on the incredible Surveiller Et Punir wall. Headphones, nauseating exposure, and 200+ feet of uninterrupted climbing- absolutely amazing! 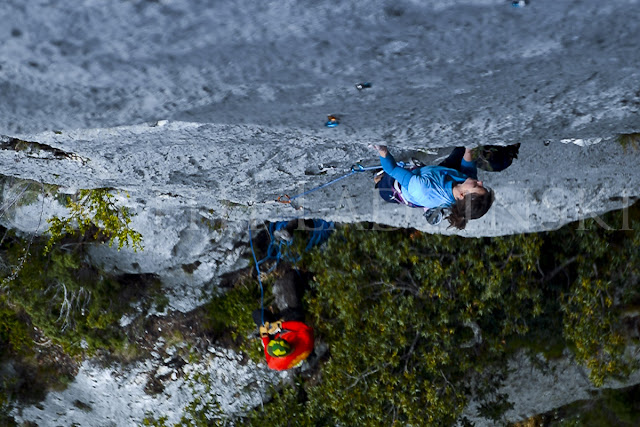 When Nina returned we set our sights on a bigger objective. We wanted to find a big route that would highlight the height and burl of the Gorge. We asked the local, and one of the most prolific first ascensionist I've ever met-- Bruno Clement, warmly known as Graou. An amazing guy, he suggested a great route for us to take down- 'Dame Cookie' a massive 7 pitch overhanging 8a+ that begins right off the river near the entrance of the Gorge. I went for an onsight ground up but unfortunately failed one pitch from the top. We returned a few days later and I sent all the pitches, while Andy and Keith dangled above, shooting some stunning video and photos. It was a really cool route, a great experience and it really excited me for more long routes in the future. It's the direction I'd like to see my climbing take… the bigger the better! 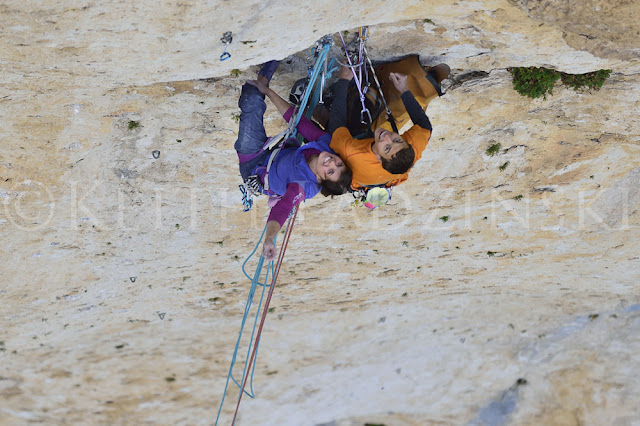 Icing on the cake and in the spirit of the Verdon, I also managed to put down the first 8c in France. Done by none other than J.B. Tribout, 'The Specialist' has a funny story; Tribout was working this climb when a trip to the states came up. Apparently he broke off a key hold and literally took it with him to ensure that no one would steal his route while he was gone. When he returned, he glued back the hold and sent, claiming the first 8c in France and also one of the hardest routes in the world. Turns out, over the years he made a number of enemies, and as some of them repeated the route, they subsequently downgraded it to spite Tribout. Well, I gotta say, there were a few wet holds, but regardless, this thing was one of the harder 8c's I've ever done. Hats off to you Tribout, over 20 years later, your route is still HARD. 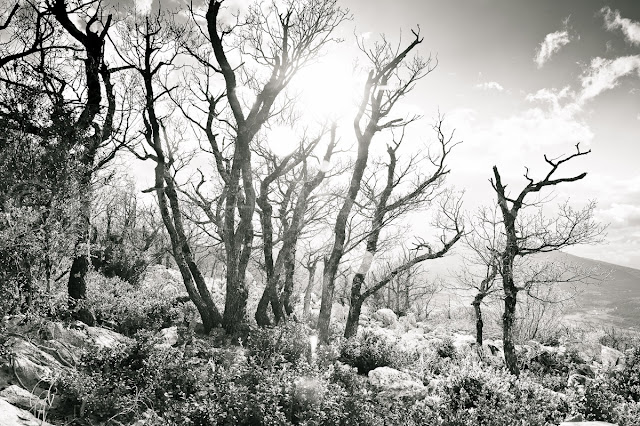 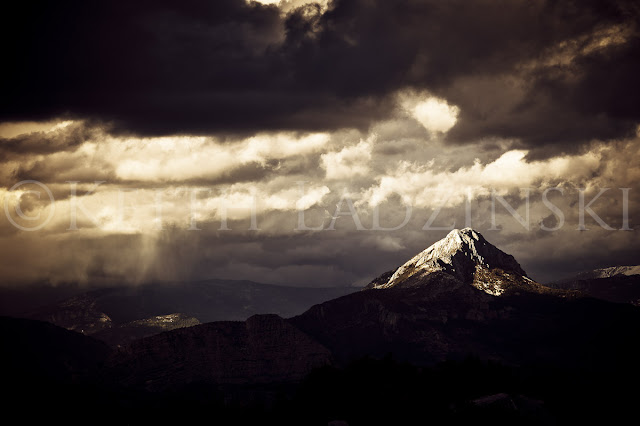 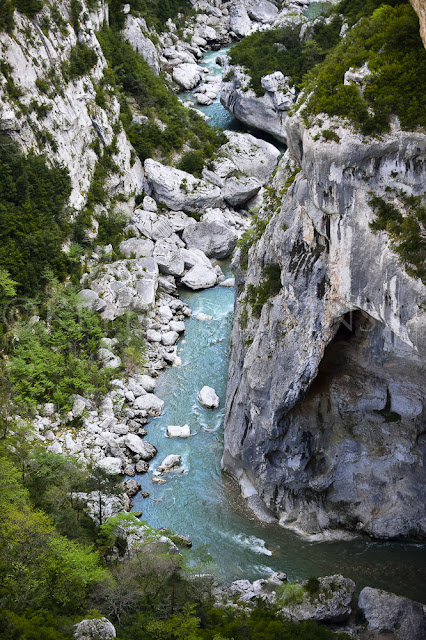 Now we've packing up our lot, and moved on to the next step- a few days climbing here in Grenoble and then I'm off to Ceuse! It's was an amazing trip in the Verdon, and I'm already planning my return... in a few weeks!