Feel like I've been all over the place the last week or so. Back to the same crags, off to some new ones, projects, repeats.... I'm somewhat directionless because nothing is really luring me in. Which is at least partially informed by the narrowing timeline of my stay in Nevada. I've got about a week left, and in a very familiar fashion -- I'm ready to move on. The next stop, the next adventure... definitely looking ahead at this point. 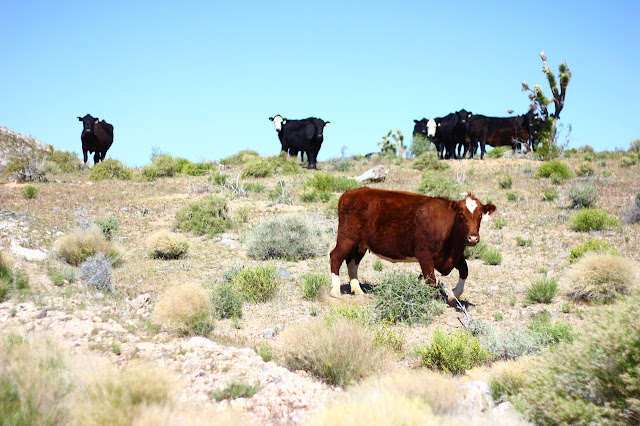 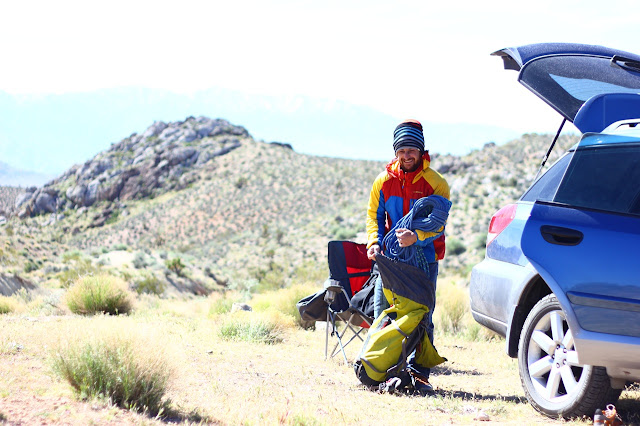 Since writing last I spent a couple days climbing and hanging with my buddy Cody Roth of New Mexico. He's been keeping the scene alive down there and showing off some ridiculously cool crags! I'm stoked to check it out at some point. After the Rendezvous we got out to the VRG where I onsighted a rad little rig 'Mars' 13b and took down it's big brother 'Mars' 13 b/c first try. I chucked a lap on one of my favorite link ups on the Blasphemy too - I call it F-boy - basically you do the first 2 cruxes of 'F-Dude' 14a and finish on 'Dark Boy' 13b instead of 'Fall of Man' 13b. Locals only link up stuff here people.... ha!

Speaking of link ups I did return to the Cathedral by popular demand... only to realize that I'm officially over it. Very sick crag, but no matter how sick an area is, sometimes you've had enough. I did 'Super Loaded' 13c, and checked out a new Perkins rig. A few things (what I've got left) remain wet there unfortunately. It's just too easy to find partners for this awesome crag!

On the new crag side of things, I made the 4 hour drive up north to Ely to examine first hand some of the hype. There really is tons of rock in the area, and I imagine that over the next decade or so people will get increasingly stoked on the zone. The Rose Cave area, including the Mondo Cave, is where I hung out. To be downright honest I was underwhelmed - but I also went there with pretty big expectations. There is some potential there, and the Mondo Cave is absolutely enormous, but for now I feel like my time and energy can be better spent elsewhere. The cave has great rock, but it also has a lot of poor rock - logistically it's a little strange. I try to remain somewhat selective with my new-routing,  mostly in the sense that I want to bolt routes that I feel pretty confident will be enjoyed for years to come. I want people to repeat and enjoy my hard work, and the quality of this specific area did not wow me enough to convince that many people will be driving out here anytime soon. Regardless, it's not to say that there isn't good climbing to be had there. And I did bolt a really rad .12c ish rig there to the right of the established .12d and .12b on the sector next to the actual Rose Cave. If you ever find yourself out there definitely do it! It's radical! 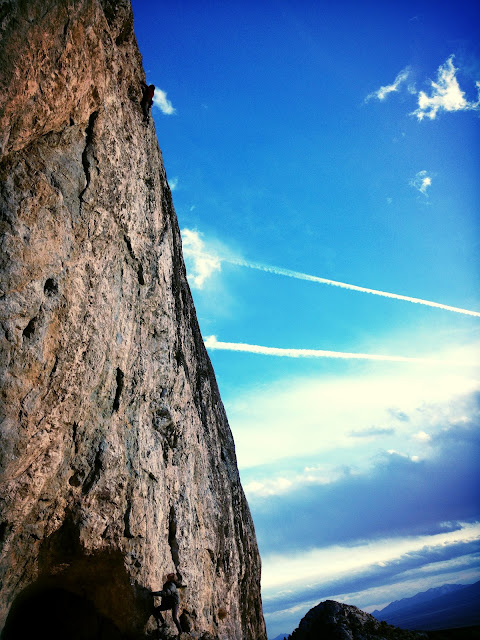 The last couple days I checked out an old project that I'd been thinking about since last year's stay in Vegas. It's at a really cool little limestone area above Red Rocks called 'The Promised Land'. The project is basically some fun 5.12 climbing to a beautiful and savage headwall for 30 feet of very bouldery, very hard climbing. Originally I got stoked because I did the majority of the moves and felt like it was possible, but after checking out the route again I'm afraid it's quite a bit harder than I first imagined - which of course is a good thing - but with the little time I have left here (and the encroaching heat), I feel it would be tough to envision finishing this rig, and equally tough to drag belayers up the 45 min slog approach day after day. Anyways, it's a brilliant project and I certainly have it on my short list for next year. I did get to flash the crag classic up there, 'Confrontation' 13b, which is worthy of the hike alone. There are a slew of other 5.13s and 5.12s that are rad too. Don't be afraid of the hike! (really not that bad)

Well, that's it for now. I definitely feel like this has been a rough 2013 for me so far. Been striking out quite frequently -- be it poor conditions, lack of partners, and just falling short of my own expectations in one way or another. I'm aware that things don't always go perfectly, but this has been a longer series of disappointments than perhaps I'm used to. Maybe it's a sign that my life is typically very good, or simply that there will always be ups and downs -- short and long ones. Regardless, I feel so fortunate that I have the mobility and opportunity to just... move on. There's much adventure ahead for me and I'm really looking forward to a long summer on the road. The year is hardly over and I remain very ambitious with the 8 months remaining. Wyoming is covered in snow but it's also calling my name!

Now for the truly interesting stuff:
Viva La Vie is live - it's a shortened version - but it's still rad and it's free. See below!

Also I did an Enormocast (basically a rad podcast type series by Chris Kalous) and if you have an hour to kill and care to learn more about me, or just be entertained by Chris' humor -- check it out here.