The variety of weather conditions out here in the winter still amazes me. Just last week we made the arduous hour hike to the Promised Land - filled with somewhat hopeless optimism - only to find that what we feared was true. It was freezing, pretty brutal actually. Then yesterday, only days later, without breeze and full on Nevada desert sun - it was gnarly hot - too hot to climb until quite late in the day. In contrast to most of the nation, the winter out in Vegas has been crazy warm. Warmest I've experienced in my four months here. It's been perfect for our most recent objectives though, and I'm pumped to say that those objectives are now mostly finished. 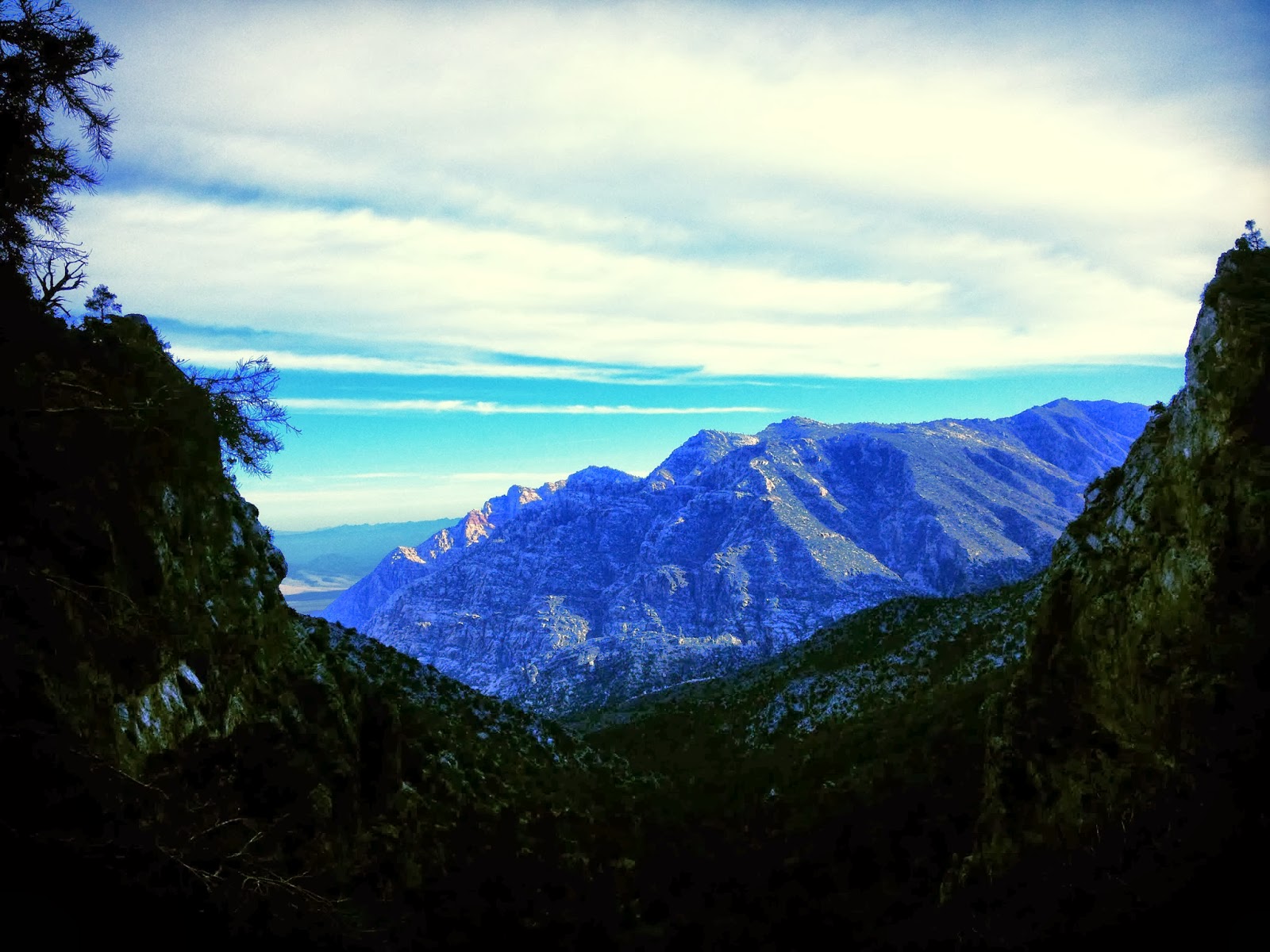 Last week my good friend Seth Lytton opened up a sick addition to the crag - an extension to a rad, existing 13b called 'Day One'. From here the route follows a series of huge moves through mostly good grips. Underclings, some amazing tufa pinching and interesting movement get you to the summit on this power endurance masterpiece he called 'Crown of Thorns' 13d.

I also had some success up there. Yesterday I finished off the last remaining project at the crag. A proud line that takes the middle of the cave to the very top. This was a cool process in that myself, homeboy Joe Kinder and Seth all put in effort cleaning and sussing moves on this forgotten project - a cool group effort. The first half of the route is sustained tension climbing through edges and pinches to a breaking point half way with a not-so-awesome knee scum rest. To here the route is somewhere around .13d and then you fire into the crux (around v10/11 itself) on a line of arching pockets, finishing with an enormous move off a terrible undercling into beautiful rock. The last 2 bolts are mellow, fun climbing on near perfect stone to the tip-top. It's a rad route. I'm calling it 'The Sacred and Profane' and as for the grade I'm going to just suggest mid 5.14. All of the hard climbing that I've done so far this year has been on projects - without grades - and thus it's tricky to make suggestions without a recent confirmed route to use as a standard. I'll get back to this one after I wander into the Utah Hills and elsewhere over the next few weeks... but I suspect at the very least it is upper end 8c.

I also spent a day at the crag last week shooting a short promo piece for my sponsor Smith Optics with 3 Strings Productions. This turned out to be a really cool piece, something very different and I think it really represents a new level of quality from 3 Strings and Andy Mann. Look forward to the release soon!