Pachamama. I've completely lost count, but I bet I've tried this route 35 days. My progress for the first month was very slow but tangible on almost every climbing day. In retrospect I did not at all arrive prepared - I built the necessary resistance and power on the route. Day after day. It would be late December when I finally one hung the route from a low point. Days after that I was regularly climbing into the red point crux from the ground. Albeit desperate, I felt confident that with my remaining two weeks I could send. Just a day or two into the new year I tore open my finger on an all out one hang effort - again from low on the route. I took nearly a week off from climbing for skin and something different. While my skin healed my body weakened. I returned to the route with a significant loss of progress and stoke. After beating my head against the wall again and again over the next week or so I finally began to crack. Last Monday in freezing cold, windy conditions I finally accepted failure, and in a desperate need to enjoy climbing again I (for the first time since Nov 28) climbed on something different. I did T1 Full Equip 8b+/c, which was outstanding, and so fun. Last Tuesday morning I decided that it would be my final day of attempts on Pachamama.

So much of my life pivots around climbing. I am full-heartedly passionate about it. I am so driven by goals that at times I genuinely feel as though I can't move forward in my life until I succeed. Usually this is a strength that pushes me to my very best, but in times like this it can be downright maddening. This is the longest period in my climbing - ever - that I have gone without accomplishing a goal (since September) and it's certainly not for lack of trying. 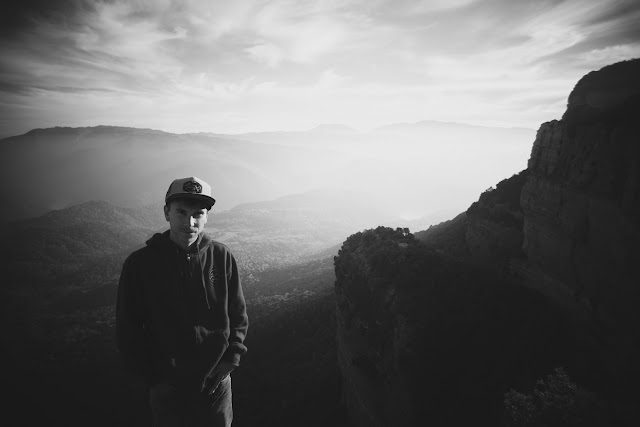 Remember when I wrote last Tuesday would be my final day? On my first try I fell on the last move of the 'first half' - an enormous move that's incredibly hard for me. I've likely fallen here 40 or 50 times. On my second try, I climbed through this move and well into the red point crux, falling a couple moves from a likely send. Dru (my good buddy and climbing partner) laughed as he lowered me, 'Well, fuck' I said, 'suppose I'm not giving up quite yet'. This was the first time I had reached this part of the route since I tore my skin open. Each of the next two climbing days I fell in the lower section again, but proceeded to do the huge move, rest on route, and climb to the summit. Saturday I climbed twice into the final moves of the red point crux, with my first try being my best, essentially 1.5 moves away from the route's best rest and a very likely send. Today I somehow bested that effort, but fell just a breath away.

I love this. As maddening as it is, as stressful and expensive and altogether pointless in most respects -- climbing somehow uniquely elicits such powerful emotion and introspection. I feel thoroughly tested, delirious from desire and uncertainty. When I climb Pachamama it will be unquestionably my hardest (mentally if not physically) route and furthermore one of the greatest achievements of my life thus far. I move into my final few days here, after extending my ticket twice. I never quite knew if I had the strength to hold on for this long, through so much doubt and through so many utterly exhausting ups and downs. Now I know. I do.
at January 23, 2017