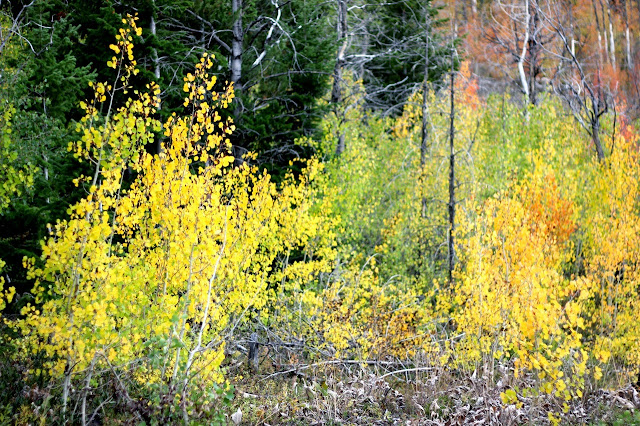 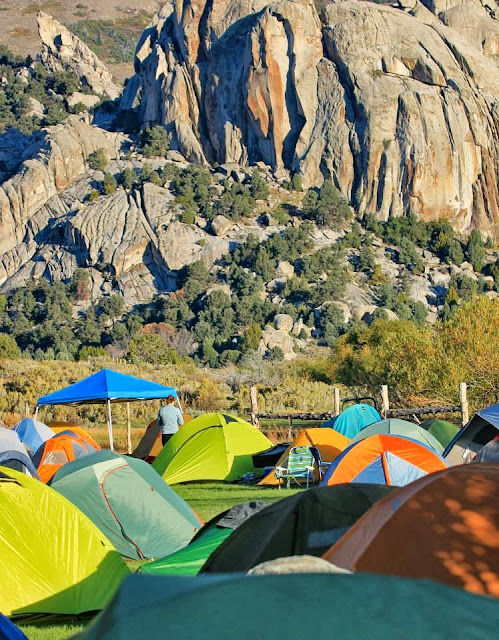 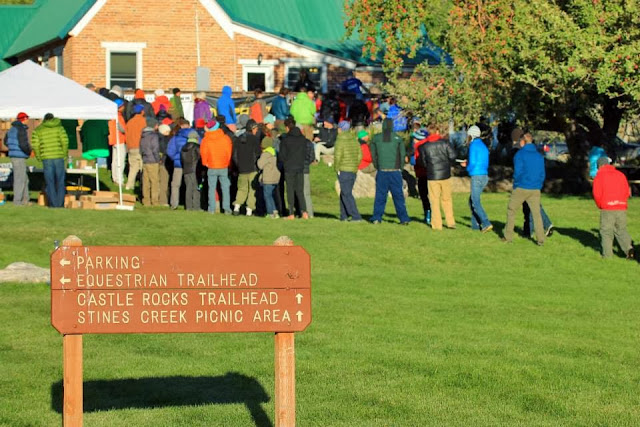 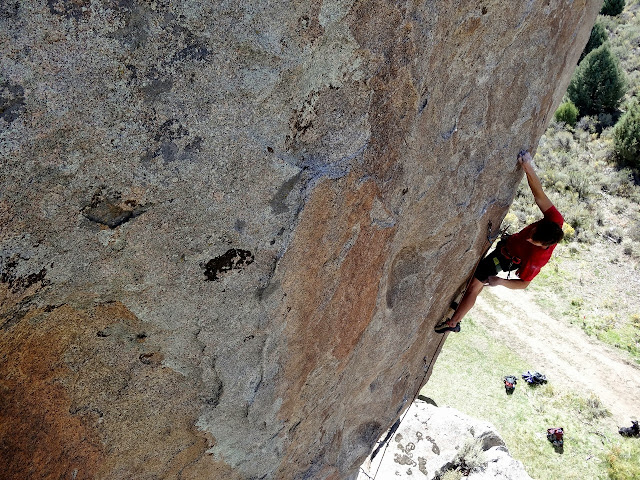 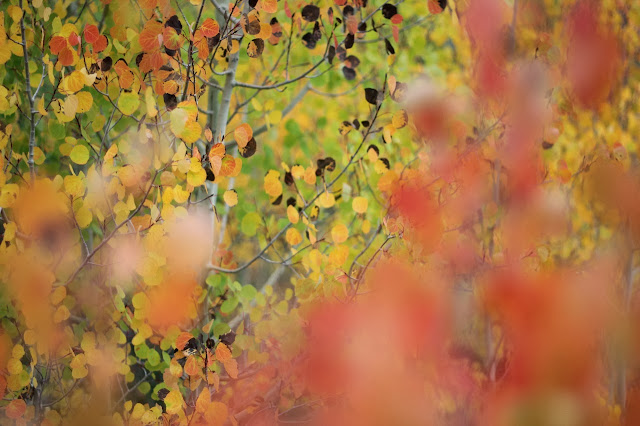 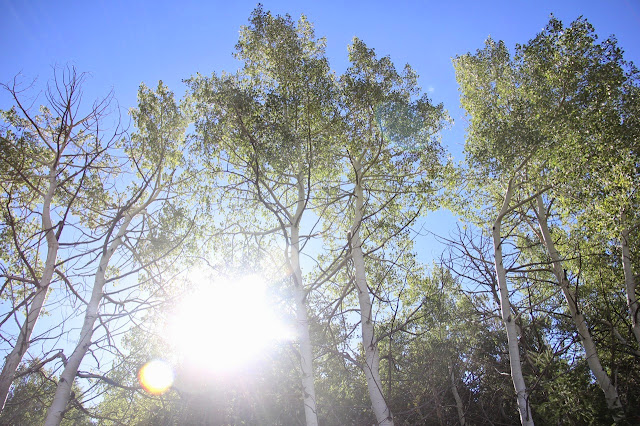 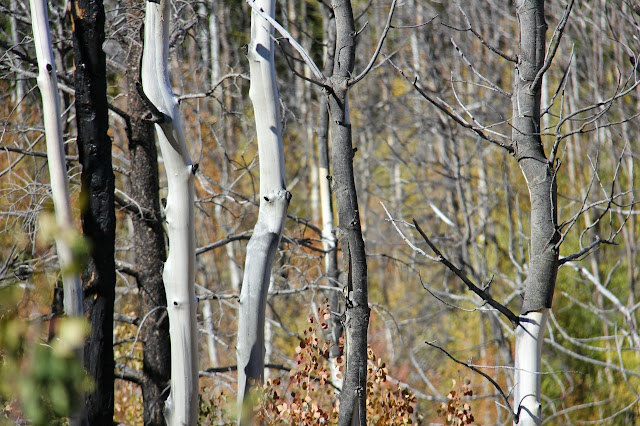 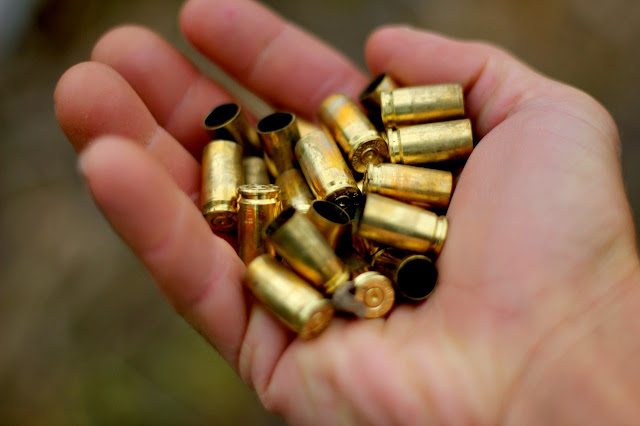 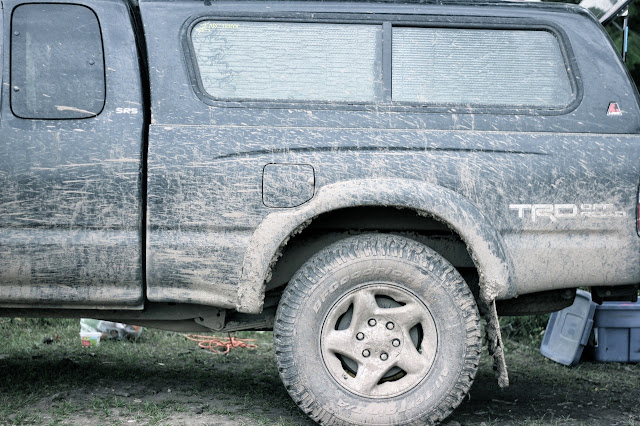 Off from the Fins

My trip back to the Fins is all but wrapped up. As expected, Idaho, and it's lovely inhabitants showed me an incredible time. I was really not sure exactly what I would find on this return trip to the area. I had spied a handful of potential new lines on my previous trip, but I hadn't rapped anything - and knowing this zone - blank areas of featureless stone are commonplace. Excitingly, the last 2 weeks were super fruitful. I tried my best to be productive and stay on task, to either climb or bolt something almost everyday I was out there.

Hard work paid off, but also *I got lucky* and moreover, this is just such an exceptional crag that it's hard to go wrong. Basically, as long as you do a decent job cleaning you're bound to end up with a worth while route. Last night as I packed up camp and descended the steep road out, I felt sadness leaving another rad session at this crag, but I was stoked with what all had come together...

One way or another I got 7 new routes in at the Fins this year. Marc Hanselman opened up his incredible Bushido extension to me, the 'Bare Knuckle Boxer' which turned out really cool. Pumpy, excellent pocket pulling to finish either Bushido or Mothership. Tom Smart bolted a really kick ass yellow streak that I had spied last year  - he freed the first half at 13a calling it 'Hapacholo' and I finished the job taking it to the top with 'La Cabanita Especial' 13c. I bolted an ultra thin extension to 'Skeletor' 12+ that remains undone and open. I also bolted and finished the incredible 'Vesper' 14a and its equally kick ass neighbor, 'The Manhattan Project' 14a - a journey through dynamic movement, pocket pulling and unique grips. Up the hill I finished a barely there edging and thin face climbing test-piece that I bolted last week. Complicated movement, extremely difficult footwork and creative thinking is what it takes to get through 'Better Living Through Chemistry' ... a one of a kind route that, I'm not gonna lie, is kinda hateful - but also strangely enjoyable and definitely bad ass. My gut reaction was 14c for this rig, but I can imagine the crux being slightly easier for a tall climber. Hopefully someone out there is as sick (read: messed up, not 'cool') as I am and stoked to repeat this gnarly route someday! My last day was yesterday and I impulsively bolted and cleaned another route that I had peered at. It wound up being pretty sick climbing and, as always, much harder than I thought. 'Yellow Brick Road' 13d was born and my trip was over. 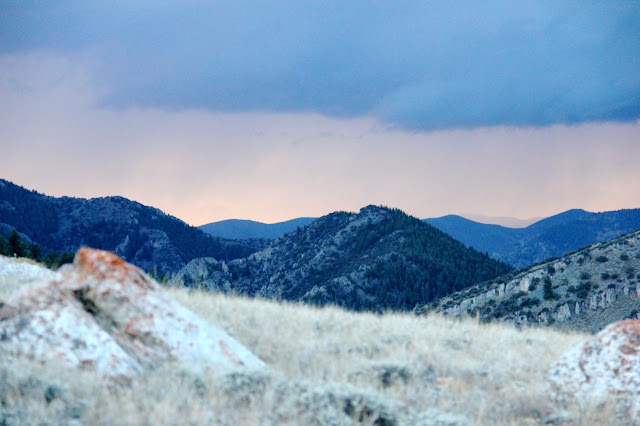 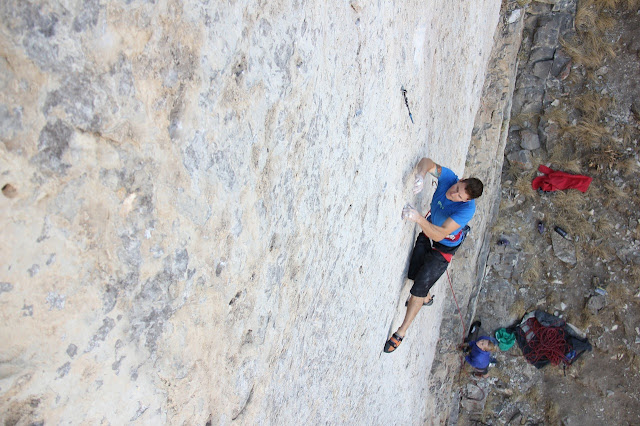 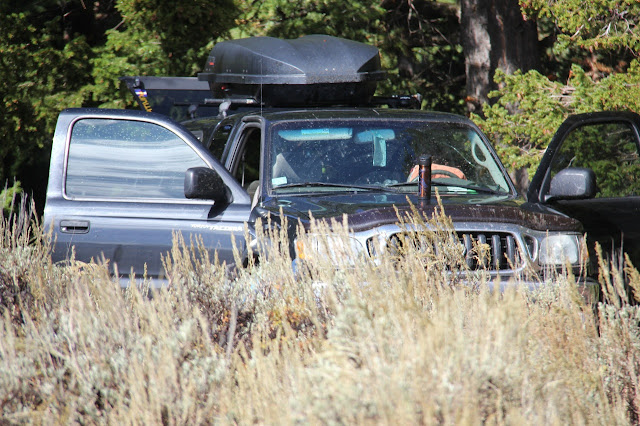 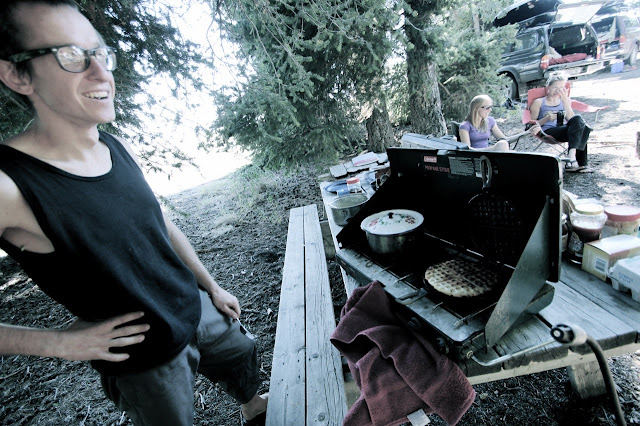 Much like my trip there last year, I had such a warm reception from the Idaho community - it was really cool to see how supportive everyone is and how much excitement there is over the Fins. It's not the biggest, or most extensive crag in the country but if face climbing is your stoke then honestly this area can not be missed. The discovery wall alone hosts nearly a dozen 5.13s and 5 5.14s, with a slew of 12's to fill in the gaps. I doubt that it will ever develop into a uber popular crag - it's in the middle of nowhere, it's generally hard, the road to the camping is super burly and the hard routes are quite sporting. But for those of us that love this place - here's to another rad season and hopefully I'll see you out there again!

for those interested. I recently added an updated topo for the Discovery Wall to Mountain Project...
at September 09, 2013