Really happy with the way this turned out. Andy and Keith are really on top of their game, and as always, it's been a pleasure to work with them (and hang out). See you boys in France!

Hope you guys enjoy the video!

Earlier this week I once again returned to Arrow Canyon alongside my good friend Jorge Visser. We set up camp somewhere in the middle of the Nevada desert underneath countless stars, far from the blinding lights and traffic of Las Vegas. By now I'd spent most of my 2012 either walking through Arrow Canyon, climbing above it, or day dreaming about it. This project gradually turned into a serious undertaking for me- and in the end required a level of dedication that I'd yet to expend on a route.

New routes always require a degree of effort that established routes don't. Cleaning, finding holds, unlocking sequences and of course then broken holds, re-working sequences etc are all part of the F.A. game, and it takes time. It took a series of days for me just to unlock this entire climb, but even after I had my sequences streamlined, rests sussed and tricky clips honed, the battle was far from over.

On Tuesday I decided to try the route in the morning for the first time. Jorge gave me some warm up belays and I jumped on the rig just a half hour before it would be in the sun. It was an awful burn. My skin was killing me and I was simply not in it. I fell well below my high point, lowering to the ground from midway up the climb yet again. The failing had finally got to me. For the first time during my process on this route I thought to myself, 'maybe I should take a break. Maybe I should go somewhere else, climb on something else and perhaps even get to the top of something. Then come back.' I loathed the idea of taking a break, reminding myself that this route certainly meant more to me than any other climb and remembering all of the effort I'd put in.

Over the course of 6 weeks I'd invested a handful of cleaning days and likely 16+ climbing days on this rig. I lost track, but I probably tried the route nearly 30 times. I was failing not because of simple mistakes, or a single hard move, but because I was down-right exhausted. The upper crux climbs out a 45-60 degree overhang without pause for over 20 moves, finishing with dramatic movement through crazy holds at it's steepest point. If my investment wasn't pressure enough, the environment played a role too. A tenth of an inch of rain made the crux holds moist (needing strong wind, a few sunny days and a recon chalking burn to dry out), partners were not easy to find (a thousand thank yous to Marisa Ware, Stacey Pearson and Jorge Visser), and the season was closing.
I would try the route one more time on Tuesday, after four hours of resting, hanging out and belaying Jorge. As the sun crept off the top of the cliff, I started off the ground. The initial boulder problem always felt hard, but I was regularly getting through it. The one good rest was caked with chalk-- I had been here quite a few times before. I left the rest. Right hand, left hand, right hand, left hand. For whatever reason, on this attempt I approached the redpoint crux with 5% more, not quite as dead-tired as I normally was. I lunged at the mono-stack (my high point) and felt my skin tearing open. 'F*ck it, you're IN THERE'. Long deadpoint, long lateral reach exiting the top of the crux. An okay rest. I was pumped. This rest was worth stopping at, but not amazing. I had 5 bolts of 5.12 climbing between me and victory-- essentially one more hard move. This was it, I was sending. The longest battle of my life as a climber was coming to a close. I clipped the chains and as Jorge lowered me to the ground I felt the moment fleeting. All of the days and nights thinking about this route, dreaming about success lead up to this moment. Weightlessness as I was lowered to the ground.

It was exactly what I was looking for; a route that would demand a new level of dedication, psychical and mental strength from me. It was of course frustrating, ego-crushing and difficult throughout but in the end it was a dream come true. I named the route 'Le Rêve', meaning 'the dream' in french.

It's clear to me that this route defines a new category of difficulty for me. Le Rêve took twice the effort of any route I've done save maybe one of my first 5.14s. It seems silly to imagine calling this route 9a right alongside climbs that I did in a matter of 4, 5, or 6 days. However, I also feel unqualified to propose that this route is worthy of the 5.15 grade, seeing in that I've never so much as touched a route of said difficulty. In the end, to me it's simple: I couldn't care less. This route provided a new level of challenge for me, and demanded more from me as an athlete and a person than any route I've managed to complete before. In that I'm proud and I'll happily accept my victory. Perhaps in the coming year, as I travel overseas and broaden my experience climbing on harder and harder terrain, I can come to a more concrete decision, but for now let's just say that Le Rêve is somewhere around 9a/+ and see what happens next.

Andy Mann and Keith Ladzinski followed me into Arrow Canyon for a few days and took some exciting video of Le Rêve. Look out for this to be released sometime next week!

I've mentioned Kristian Merwin's name in a few of the recent interviews, but he certainly deserves praise as much as possible. He and Mike Leavitt are in large part responsible for the routes in Arrow over a decade ago, and it was his original vision that created Le Rêve-- he bolted this rig a while back, and despite its lack of holds, refrained from changing the nature of the rock at all. I appreciate his efforts and his futuristic vision... many years later, that line of bolts is now a bitchin' rock climb.

More of the same. Which at this point is not at all a bad thing. I've been rounding up partners for Arrow as best I can (it's an obscure zone for sure), and continuing my siege on this incredible route. My progress has been tangible and very exciting from day to day, keeping me plenty motivated. At this point I'm regularly climbing within a move or two of success. At 16 honest tries in, I'm confident that this is the hardest route of my life. It's been an awesome challenge and I'm really looking forward to finally clipping chains. Any day now... this brutal piece of stone will allow my passage, I can't wait.

My good friends Keith Ladzinski, Andy Mann and Jorge Visser came out to Arrow this past weekend to have a look at the rig and shoot some video. It was great to catch up with these all-star gentlemen and also cool to see the amazing clips they put together of me on the route. 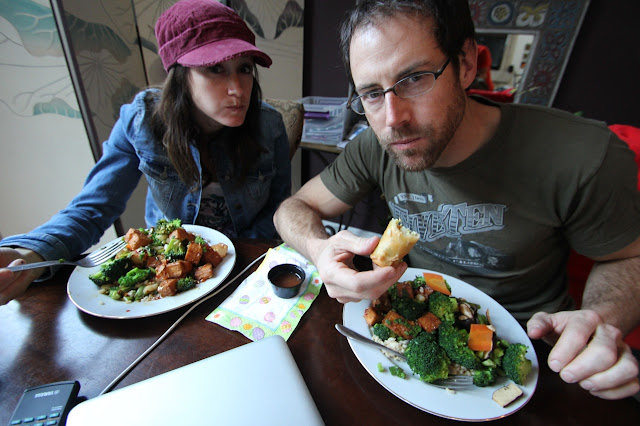 The best hosts. These guys are practically family at this point. It'd be a lie to say living with, climbing with and hanging with Chris and Heather is anything short of awesome. I often feel like a kid when killing time, bullshitting with these guys-- it's great. We make delicious food, play pool, go out, watch movies, climb all day, train all night... it's like a some kind of fantasy life here in Vegas. Thanks guys. 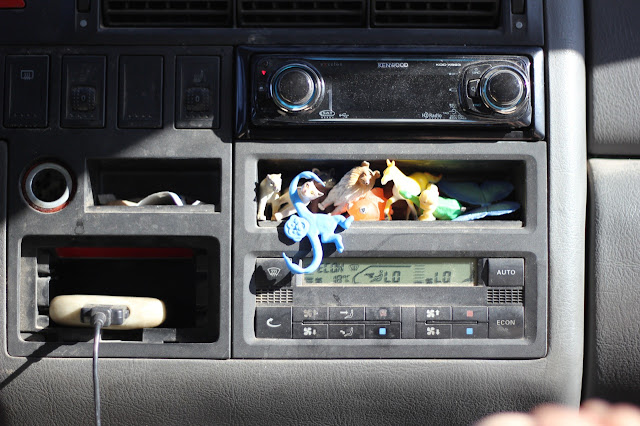 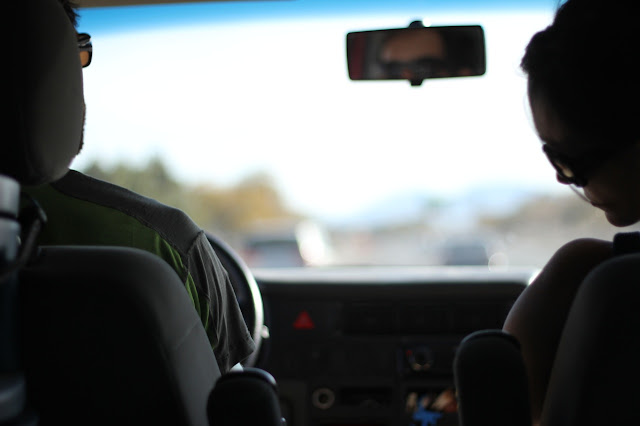 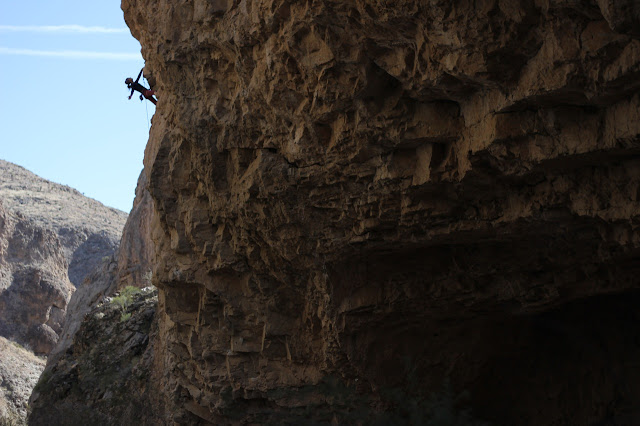 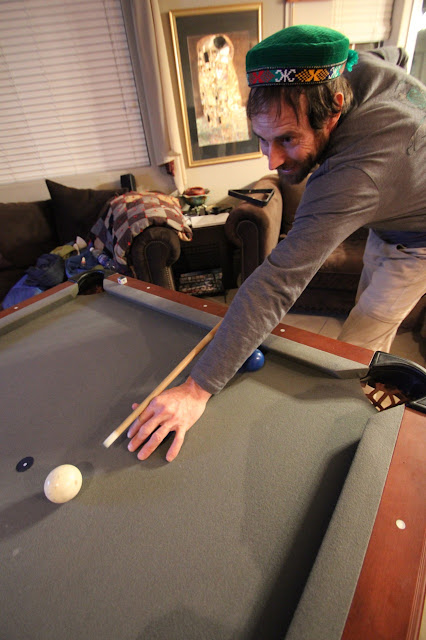