After an eventful week in Sin City, I'm confident that relocating here for the season was the right decision.. and it may very well become an annual visit. Between the (mostly) reliable weather, vast and diverse climbing potential, psyched community and an unrivaled night life, Vegas is nothing short of awesome. 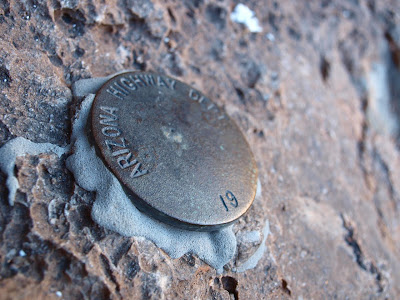 the VRG
I returned to Vegas with a short list of clear goals, the top priority being a devious route that bouted my attempts during a visit to the area early last year. 'Necessary Evil' 14c was established by a young and ambitious Chris Sharma during the spring of 1997. It begins with a savage two bolt V11 boulder problem and continues into an existing Boone Speed 5.14 called 'Route of all Evil'. Since Chris opened this groundbreaking route (the first of it's grade in America), it has seen a series of repeats by the likes of Tommy Caldwell, Sonnie Trotter, James Litz, Dave Graham, Jason Campbell, Ethan Pringle and Daniel Woods among others (?). 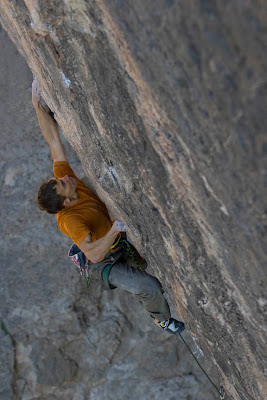 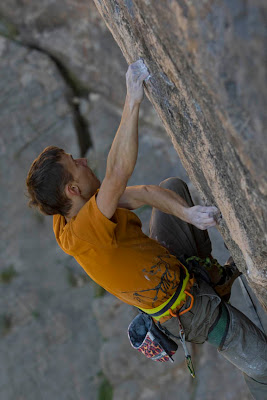 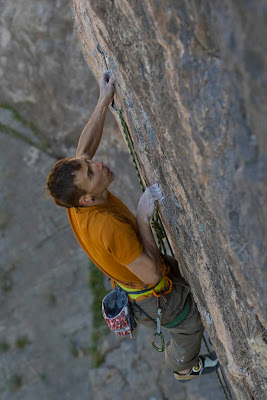 Jorge Visser photo!
After investing a number of days on the route, I can confidently say that this gnarly test-piece is one of the most difficult routes I've ever tried.. and as much as I'd love to list a handful of excuses as to why it feels so hard, personally, I really couldn't care less. At this point the only thing that matters to me is climbing the route.. it'll be an important accomplishment for me and I'm going to just keep trying until I clip chains. After two days of one-hanging the route I'm hopeful and psyched that that day will come soon. 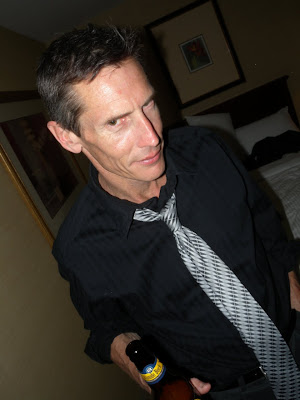 Bill Ramsey knows all about the Vegas scene.. and how hard the VRG is.. 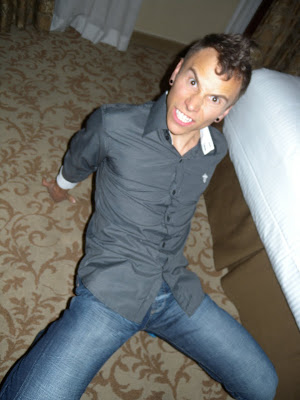 Don't forget your pre-party stretches.. dancing is dangerous.
Unfortunately the passing of a few major storm systems has made the weather a little less reliable around here so I've been trading some days up at Potosi and at Red Rocks in between driving out to the VRG. Another thing that has kept me busy is the righteously famed Vegas night life. As many of my friends know well, I'm an electronic music fanatic and I love to get out and see performances. Lucky for me, this town is included on almost every DJs U.S. tour and the music venues are absolutely amazing. There's no better way to end a hard week of rock climbing than with a great crew of friends and a long night of dancing.. Vegas at it's best! 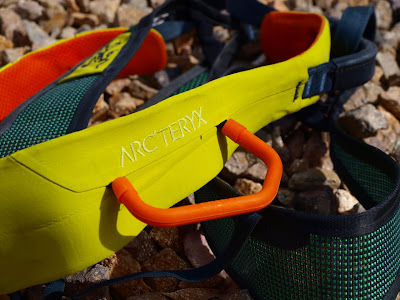 I'm something of a self proclaimed gear head, but rarely do I get so excited about a new product that I actually want to write about it.. The new Arc'Teryx S-220 is however, reason enough to be psyched. Arc'Teryx completely redid their entire WARP harness line for 2011, adding a few new models and perfecting the older ones. The new S-220 is their ultra-light sport climbing harness and is based on the previous generation S-240. With noticeably wider (and more comfortable) leg loops, improved elastic and reinforced tie in points the only thing it's lacking is 20 grams.. (it actually got lighter too). The new colors all across the line are rad as well. I'm super stoked on this new harness! have a closer look here.
! 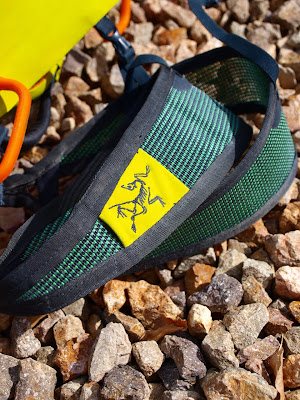